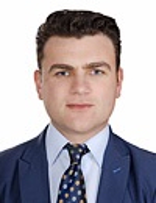 Could you introduce yourself to us briefly?

My name is Aytaç Yürükçü. I am a Visiting Researcher in the Karelian Institute and I will be in Joensuu for 9 months from September, 2019, to mid-June, 2020, under the supervision of Professor Jeremy Smith. I am a specialist at the Turkish Historical Society. My research is about the “First Encounter of Two Nations in Balkans in the History of Relations between Finland and Turkey; Finnish Soldiers and War Reports During the Russo-Turkish War of 1877-78” and I want to compare war reports and diaries of soldiers and war correspondents and newspapers in that period.

Your study deals with the work of the war correspondents in the 1870s Balkan war from the perspective of propaganda and censorship. How did you come to this topic and how did you interested in war history – or is this more a history of media communications?

First of all, I’d like to thank to my supervisor Professor Jeremy Smith and Karelian Institute for their warm welcome. My study is related to both journalism and history, although I am a historian rather than a journalist. I chose this topic mainly because I wanted to understand the Russo-Turkish war 1877-1878 with all aspects and my family history. My great-grandfather was born near the city of Plevna, Bulgaria, and his family moved to the Ottoman Empire to live near the Bulgarian border and Edirne after the Russo-Turkish war. When I was a child, I often thought about the history of my ancestors, wondering about where they travelled and what they experienced.

Could you tell something about your research material and the objectives of your study?

My objective is to make a detailed analysis of the Balkan war and learn about what really happened there. I would like to focus on the conflict and understand the complexity of the war, objectively study the differing opinions of the war correspondents from Russia and other European countries such as Great Britain, Germany, France and Finland. Due to propaganda and censorship, the war received little media coverage. Writings of the war correspondents of the time were largely influenced by their background and knowledge about history and international relations.

Unlike newspapers of the time, which lack impartiality, diaries of soldiers give us a more liberal and comprehensive account of the war. For example, Russia used such war reports to influence the opinions of the major states of Europe and make allies. Russian war correspondents were subject to a hard censorship. They had to submit their notes to Russian authorities before publishing them. Currently I am focusing on Russian and Finnish materials, but one should take into account the fact that Finnish newspapers relied on French and German sources, so they had a rather impartial point of view.

Why do you think that the Finnish viewpoint is interesting in your study?

The reason why I am here is that many Finnish soldiers were sent to the Balkan war with the Russian army. It was a time when Finnish people tried to find their national identity, and in my personal view, they did not care very much about the war itself since they were not in agreement with Russia. I think the diaries and documents kept by Finnish soldiers are more impartial than those which were kept by their Russian counterparts.

Finland is also the most appropriate country to focus on for Russian and Eastern European Studies. I have been here for about two months now, and I have managed to find the relevant sources and learn some Finnish. For instance, newspapers are available online and I have visited the Slavic Library to find other sources, microfilms, books and first-hand accounts of Finnish soldiers. I am planning to cooperate with Russian researchers studying the same topic, browse Russian archives and read original research materials.

You have a background and education of history teacher. How do you see your study from that perspective?

I would like to organize a survey, an interview, for history teachers, because Finnish people, in my opinion, are not sufficiently informed about the Balkan war. I would like to assess their level of knowledge. In Turkey I organized a lot of symposiums and exhibitions, and perhaps, If I have time, I could organize an exhibition about the paintings and diaries of soldiers to give the audience an idea of how Finnish soldiers viewed the war. I met a history teacher in Espoo, and we planned to compare Turkish and Finnish history books to see whether it would be possible to add new materials about the war to Finnish history textbooks. I would also be interested in making publications about Finnish history in Turkey. I consider it important to make contributions to the general knowledge about the past and help people understand their own history.

What kind of plans do you have for your research period in Joensuu?

I like Finland and its friendly and helpful people, and this is the reason why I am planning to apply for a scholarship for the next year to improve my Finnish language to read diaries easily. It will also allow me to improve my command of Finnish further. It is good to have a lot of documents to work on as the outline of my research takes shape. Here I can find a lot of courses on Russian history and border studies to improve my knowledge about Russian and East European Studies, which are not available in Turkey.