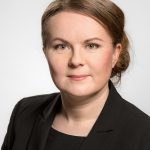 Today, entrepreneurship raises a lot of interest in the society. Government decision makers see it as a vehicle for economic growth. Growth of small companies brings jobs and tax revenues and gives a boost of energy to the economic activity. While entrepreneurship is a solution to many macroeconomic challenges, it also opens up new and exciting opportunities to people who want to create something new.

Interestingly, most new companies that start out small also remain small through the whole lifespan. In fact, it is very rare that a small start-up grows into a large company. One explanation is that the majority of business start-ups are imitations of existing businesses in the matured industries. Another explanation is that start-ups are typically located in local markets, and therefore, their growth potential is limited. Yet one more explanation might be that many start-up entrepreneurs are not at all interested in business growth, instead, other aspects of being an entrepreneur motivate them.

But how about those entrepreneurs, who are growth oriented, what could be done to support their ambitions? Start-ups are agile in detecting and creating new opportunities, but upholding competitiveness is not in their best game.

I found in my doctoral thesis that the best way to balance between competitive advantage seeking and business opportunity creation sequentially is to alternate the emphasis on one or the other over time or to create an organization so that different people look into one or the other.

My study shows that there is a great but underutilized potential in the Finnish entrepreneurship. Entrepreneurs show great resilience in pursuing renewal even in difficult financial times and show commitment to their business ideas in the face of many challenges they face. There is a great growth potential in the Finnish entrepreneurial field. With support on strategic entrepreneurship, we could see many more growth oriented start-ups and read many more exciting success stories on business growth.