There is different emphasis between international ranking lists. “The weight is given on the number of scientific publications and citations, employer and academic reputation, and teaching environments…” You should know something about ranking criteria if you use indicators. Most international rankings cover a very small percentage of the world’s 17,500 universities, usually only the 500-1000 best.

First list was published in June 2003 and then it is updated on an annual basis. There are 500 best universities on the list and over 1200 universities are evaluated. Nowadays this ranking list is published in August. It is possible to get the list by research field or research subject. The list is based on Web of Science database and web sites: nobelprize.org, www.mathunion.org, hcr.stateofinnovation.thomsonreuters.com.

THE World University Rankings are collected by Times Higher Education from all universities in the world. Lists are available from 2011. There are 1000 universities on the list. The publication data was collected from the Web of Science database before 2015 and from 2015 this information has been collected from Elsevier (Scopus database) and from 2016 it also covers Scopus books and book articles. The ranking list is published usually in September. It is possible to get the ranking lists by the subject field. THE uses over ten indicators to evaluate scientific production, teaching, internationality and reputation. 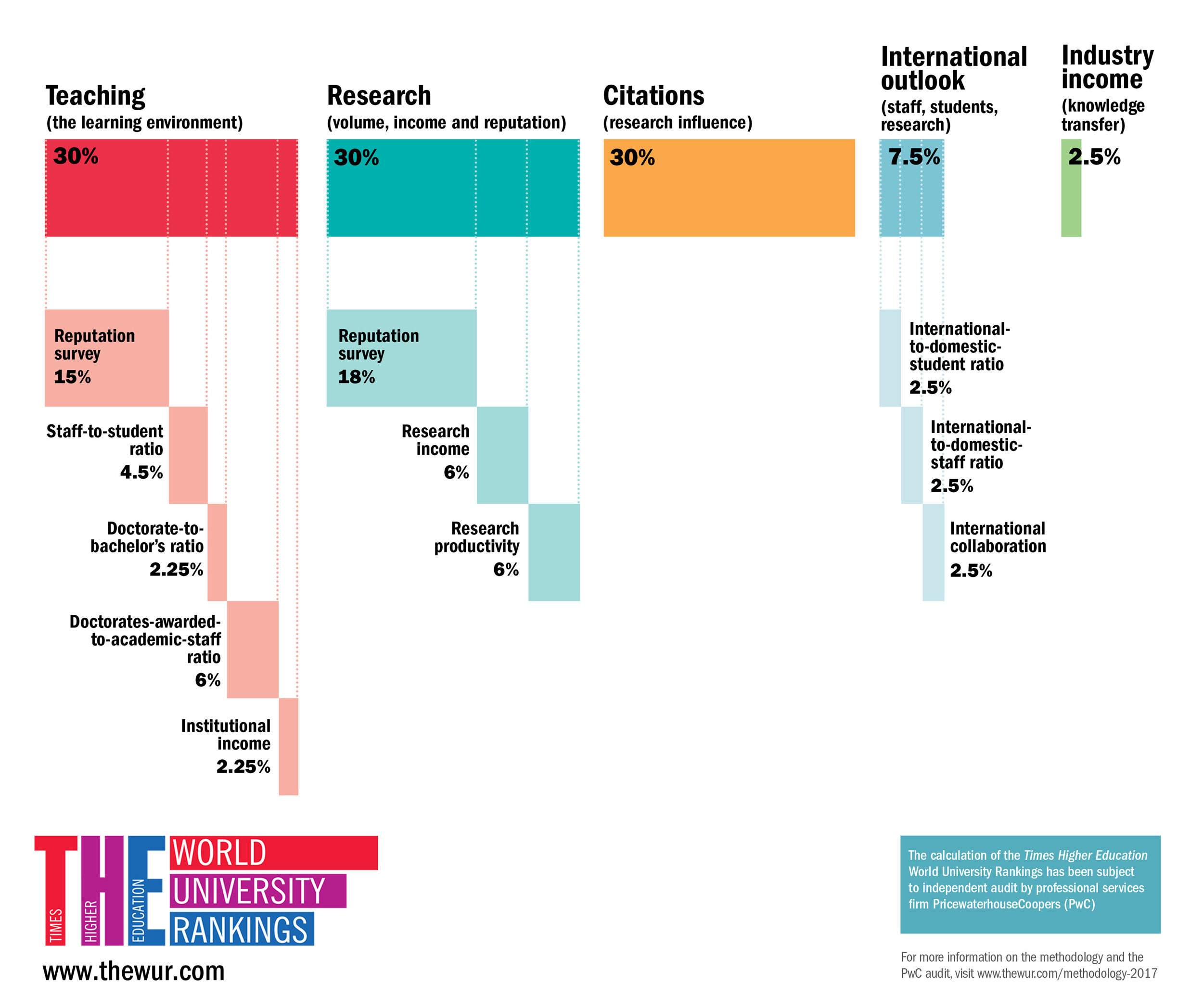 QS World University Rankings is collected by international corporation Quacquarelli Symons from all universities in the world. The ranking lists are available from 2012. The listing is based mostly on a reputation. The citations information is based on the Scopus database. Almost 4000 institutions are evaluated and under 1000 get their name on the list. The ranking list is published usually in September. It is possible to get the ranking lists by subject.