We have completed the survey part of the DEQUAL project that charted the attitudes and perceptions of adolescents towards digitalization and both its perceived benefits and negative effects. We aimed the survey at respondents who were born in the year of 2005. This means that the group of interest is currently on the 9th grade of comprehensive school, i.e., they are about to finish the education which until this year (2021) constituted the compulsory education in Finland. Starting from 2021, it has been ruled compulsory to continue studies after finishing comprehensive school (Ministry of Education and Culture 2021). In total, we received answers from 240 respondents. Most of the respondents (n=151) lived with their both parents and the most common family size, including the respondent, was four people (n=91).

It seems that digitalization and its possibilities are well utilized among 9th-graders according to the data and the analysis conducted on it. Despite this, there are several disadvantages that are perceived by the respondents as effects of activities within the digital realms. These negative effects stem both from the digital devices and their possible prolonged use as well as the contents to which these devices allow access to. It has been noted that problems related to digital devices and services can be approached from at least two different viewpoints, namely those associated with the actual devices and the physical negative effects they impose on their users and on the other hand the contents to which these devices allow access (Kurki 2015). A common negative effect the respondents associated with the frequent use of digital devices and services was losing time to do other things, which some also recognized as resulting in lack of sleep.

A negative effect related to the actual digital services themselves was getting a sense of inadequacy, for example in relation to appearance. This could happen when comparing oneself to others who are seen online in different services. This notion could be approached from the Foucauldian theory of normalizing power (see Foucault 1998, 102–103; 2010, 68–69), which in this case can be seen to operate through online contents: young users come to understand certain things presented online as norms – something that is desirable and to which users compare themselves (see Alhanen 2007, 143–148). Therefore, it would be useful to observe those who are perceived as setting the norms and ask: what kind of norms they posit and whose interests they advance by doing so? Focusing scrutiny to these questions could also allow us to see how biopolitics (to which normalizing power is linked) has increasingly shifted from the state to economy and actors operating in the market sphere (Helén 2016, 176–177).

Analyzing the data that we have collected shows that the lack of equipment allowing access to digital services is not a common factor that is perceived by the respondents as hindering their participation in digital society. Most respondents have smart phones at their disposal, as only a couple of them either have no phone at all or have a phone that is not considered a smart phone. Having a computer or a tablet is not as common as having a smartphone, but despite this difference in proportions, computers are used by at least half of the respondents. Answers to the question of what digital services or devices the respondents would like to have were focused on services that provide entertainment, such as streaming services for music or movies. Common answers to the question of what digital devices respondents would like to use but are not able to do so were computers and smart watches, each of which were mentioned about 10 times. In some answers where computers were mentioned, the respondent wrote of a need for a computer that would be powerful enough for playing games. What this could indicate is that the lack of devices is not a significant obstacle encountered by young students. In addition, the ability to use digital devices and services does not seem to be a big obstacle among respondents. This notion can in part be seen in academic research on digitalization and digital inclusion, where the focus around the concept of “digital divide” has shifted from examining the access to digital services and devices to reviewing more complex relations of digital realms and social lives of people, although it is still important to consider these previously mentioned aspects of digital divide as well, because they constitute the basis for digital participation (see Hänninen et al. 2021, 19).

Digital services were regarded as having many possibilities. Keeping contact to friends and family was a common use for digital services, and many a respondent stated making new friends online as a benefit of these services. This reflects the possibilities for even larger social networks that digital services provide, but at the same time the negative effects of digitalization should also be kept in mind for not let the digitalization take the leading role as a discourse that is self-evident and is not based on the description of the actual nature of the object (digitalization) – rather, the discourse represents its object as a certain kind of entity (Alhanen 2007, 64–66). The representation of the object within a discourse can then be used as an argument for social action and reforms. It is therefore important to be sensitive to notice the discourses surrounding digitalization, because digital services also provide platforms for malevolent conduct, of which examples were given by respondents who recognized having faced online harassment or having seen content they perceived as harmful.

A discourse which presents digitalized society as an ideal towards which we should aim at transforming our lives should not be taken as a self-evident truth as it can conceal the difficulties associated with digitalization (see Hänninen et al. 2021, 30–31). Acknowledging these difficulties as a part of digital imaginaries could ease the disadvantages brought fort along digital transformations and furthermore could prove useful in an attempt to better claim the utilities that digital services can potentially have. Our collected data shows that digitalization has a lot of potential for enriching people’s lives, but along with advancing digitalization should also come a critical attitude that enables us to see the pitfalls that may lay ahead in a world turning digital.

PRESENTATION FOR THE ANNUAL SOCIOLOGICAL CONFERENCE OF THE WESTERMARCK SOCIETY 2021

Finland represents a digital society developed on digi-technological imperatives and imaginaries, and with a young generation that is considered as ”digital natives” with competences and opportunities to highly benefit digitalization in their life-courses. However, statistics still show ”digital divide” and unequal socio-material stratification among them. The project DEQUAL (Academy of Finland, 2020–2024) has been established to capture mechanisms that produce digital social inequality among youth. In the project we analyze, besides the sociologically “traditional” structural factors, also practices of youth’s digital cultures. How all these impact unequal divides at youth’s regional life-spheres and digital environments, and have both societal and life-course consequences?

In the project, an excursion is made to Serbia that is seeking her ways and resources to become a highly digitalized society as well. In this, Serbia is leaning on different international networks and organizations. It seems that Finland is an important reference and example for the Serbian authorities in their developmental work. In this presentation we will focus on the significance of Finland as a forerunner within the contemporary digital imaginaries of Serbia. Our analysis is based on both state-level documents from Serbia and interviews of educational authorities whose work focuses on developing digitalization of Serbian formal education. We analyze how the Finnish reality of youth’s digital social inequality is taken into account in these imaginaries – or is it paid attention to at all? 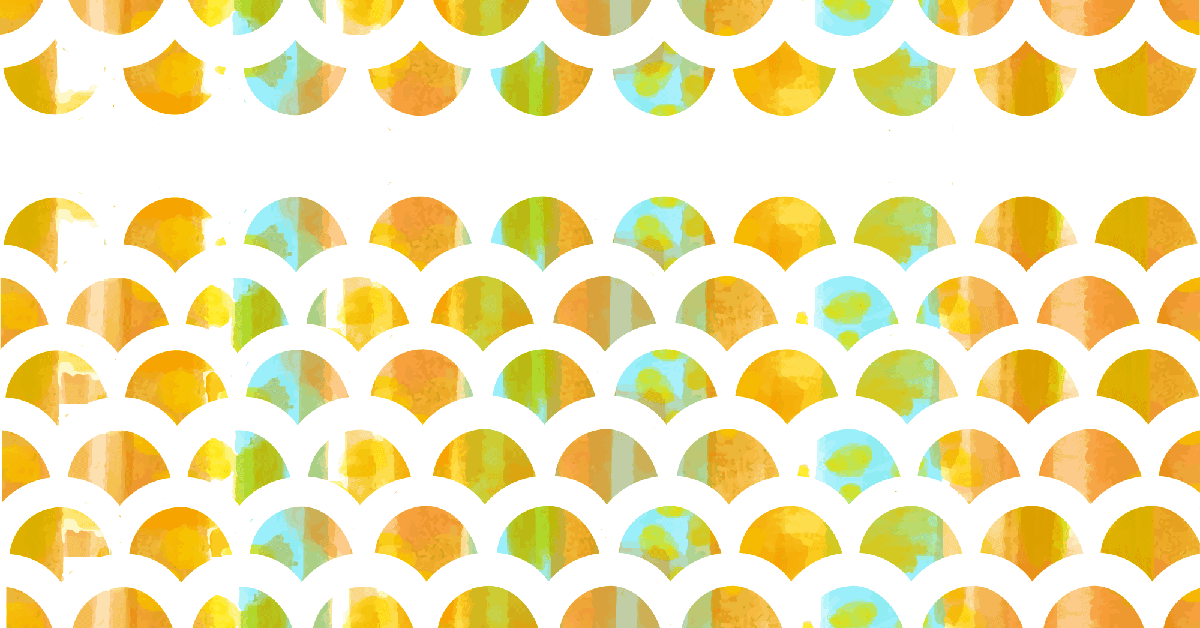 Welcome to follow the progress of the research project DEQUAL (Capturing Digital Social Inequality). This blog is a focal agenda for communicating and informing.

The project DEQUAL explores how digital information and communication technologies implicate in social inequalities among youth. Finland represents a digital society developed on digi-technological imperatives, and with a young generation that is considered as ”digital natives” with competences and opportunities to benefit digitalization in their life-courses. Statistics still show ”digital divide” and unequal socio-material stratification among them. This project aims at: 1) analyzing mechanisms that produce digital social inequality among youth, and the ways young people living in three different localities benefit digital opportunity structures, 2 ) analyzing the practices of youth’s digital cultures and how they shape and also challenge unequal divides at regional life-spheres and digital environments, 3) analyzing both societal and life-course consequences of these asymmetries.

DEQUAL operates via sub-projects that give light to the issue from different perspectives: 1) ”digital upstairs, downstairs” captures understanding of processes that link Internet and the web to social inequality, and 2) ”lived digital practices” defines young people not only as victims of unequal structures but also active agents in their social and youth-cultural environments. The project combines qualitative and quantitative data in analyses of digi-cultural structures, practices, and meanings. The state of art is figured from numbers: by tracing structures of youth marginalization from statistics of education, participation, employment, and leisure. After this, structured web-questionnaire data are collected among youth born in 2005 from three localities, from where systematic forms of digital divide among digital opportunity structures are examined. Among these locally covering samples, young people with different backgrounds are invited for focus group interviews. Within these, selection is further made for individual life-course interviews, to reach also the experience level of meaning making for digital opportunities. The methodologies are supplemented by a multi-sited media ethnography to study digital cultures of youth’s everyday life. Ethnographic in-depth interviews with a scroll-back method and observations of digital practices are collected as well. Regional comparison is an important dimension of DEQUAL: the three research localities represent both materially and socio-culturally different environments to grow up in a digital society. 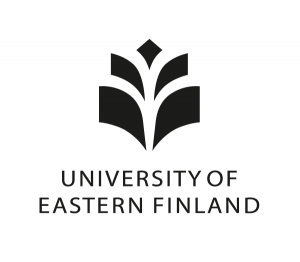