Every 11th February, institutions around the world celebrate ‘The International Day of Women and Girls in Science‘. This special day was officially established by the United Nations in 2015, to promote the crucial role of women and girls in the scientific research community. Furthermore, this day highlights the unequal treatment and unconscious bias, which generate obstacles in many women’s careers in science. [1]

Though Finland is praised as one of the best countries on equality matters, however, our working life is highly segregated according to gender [2]. This division is also observed when looking at the European Union statistics for scientists and engineers, where Finland shows a small proportion (30-35%) of women scientists and engineers in 2019 [3]. 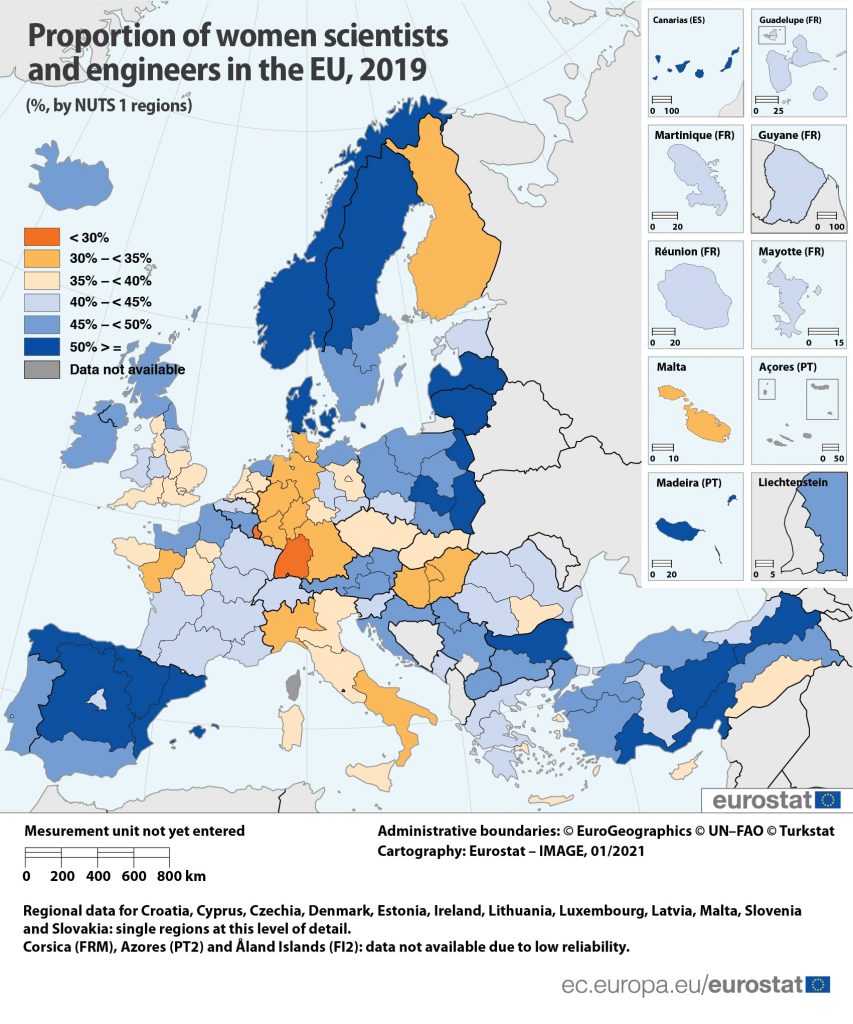 The same trend appears in the statistics for full-time professors from 2020, where only one-third of them are women (33.2%), and for associate and assistant professors’ positions (35.2%) [4].

Furthermore, the purpose of the law on equality is often misunderstood. The spirit of the gender equality law requires to be pushed forward in the institutions, meaning that keeping the current situation as the “status quo” is not enough as stated previously. For instance, Finnish universities have participated less in promoting gender equality as compared to Norwegian and Swedish ones as revealed in the article “Finnish universities’ gender equality measures in academic careers by Nordic comparison” [5].

According to the gender equality law, universities are required to build a strategic plan for their equality work, including an analysis of the present-day situation and a concrete action plan for the following years [6]. In our university, overall, the UEF plan seems to have a complete plan of action [7], addressing these issues. However, from our perspective, the implementation and discussion related to the equality plan feels very weak in the UEF community, since it is hardly advertised on the webpage or intranet. UEF has recently announced a diversity program, but it is unclear how this program and the aims of the equality plan are connected. And more importantly, transparency and open data of how gender balance and salaries evolve from our university could potentially evoke discussion on gender balance among the UEF community, which we feel is currently missing.

One part of equality work is to recognize the role of women in the History of Science. Young people through their school years are constantly building references, meaning people who they look up to and they want to be like. For example, schoolbooks are filled with career stories of men that succeed in their fields, inspiring younger generations to follow their steps. However, one can barely see any example of female scientists during their education. This fact has been studied to have a dramatic impact when choosing which degrees to study since young girls cannot recognize themselves in pursuing scientific careers.

For that, we highly recommend everyone to explore the “No more Matildas” campaign, launched by the Spanish Association of Women researchers and technologists last year. The aim of this campaign is to inform about the main consequences of the Matilda effect throughout the History of Science (#NoMoreMatildas, [8]). The Matilda effect is the phenomenon named after Matilda Joslyn Gage, the first activist to claim it, which refers to the discrimination suffered by women scientists since their research findings were ignored and/or unrecognized throughout history. Moreover, often scientific work done by female scientists was published under their male fellow’s name. Thus, this Spanish campaign encourages educators to add an Annex to schoolbooks, describing some of the scientific findings and overview of the careers of women scientists that typically are not included in the teaching material. Using these resources, teachers and pedagogic educators can help to reduce the Matilda effect.

In order to address these facts, we have organized during the past three year an annual seminar at UEF, where one of the outputs was a collection of cards prepared by students to describe remarkable women in the history of science (International Day of Women and Girls in Science Teams page [9]). We were inspired by a larger collection of cards created by Matteo Farinella. We would like to encourage all our colleagues, students and university members to keep promoting gender equality and awareness of female scientists’ work. Happy International Day of Women and Girls in Science 2022! 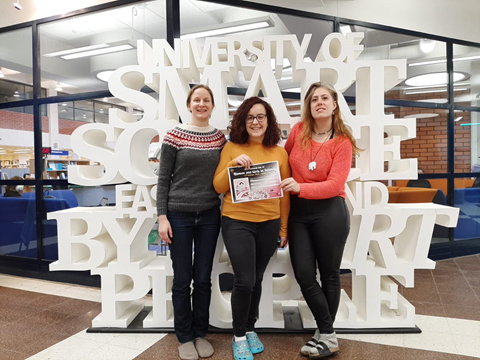 [1] International Day of Women and Girls in Science. (https://www.womeninscienceday.org/)