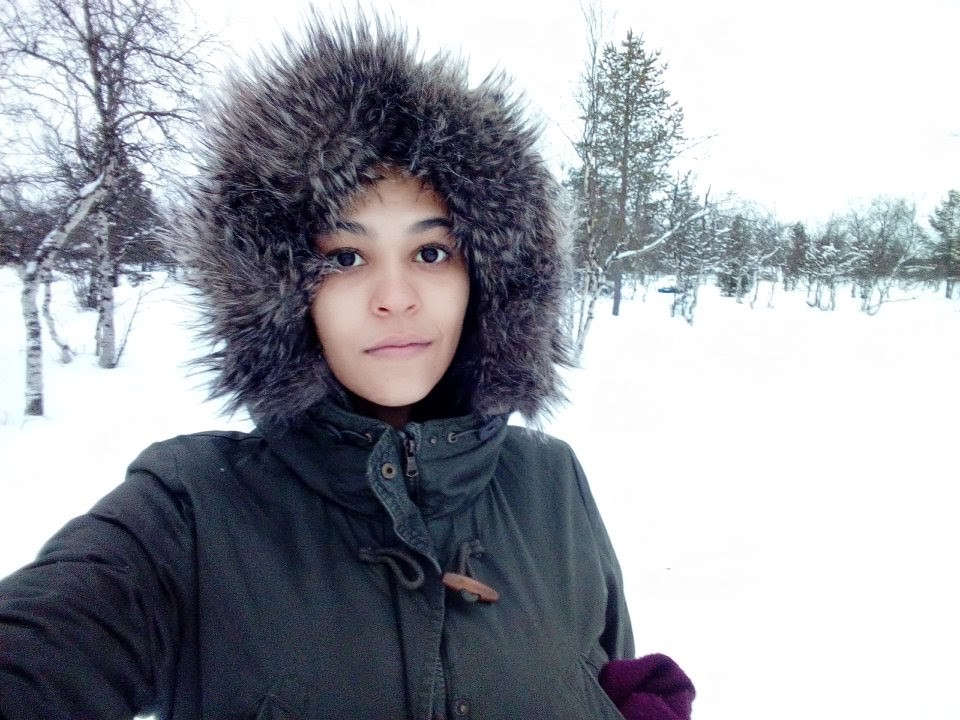 Greetings, fellow reader! I am Williane and I was born in Brazil about 26 years ago in a family whose background is a mix of European, Brazilian native and African heritage. You may be surprised but such thing is quite common in South America due to the historical context. Due to that fact, I have always been very curious about my ancestors’ origins and since most of them were Europeans, I decided to visit the continent. Doing an exchange would be the easiest way and in the end Finland was my chosen country since I also wanted to see snow for the first time. Fortunately, I could not have made a better choice and soon you will understand why! 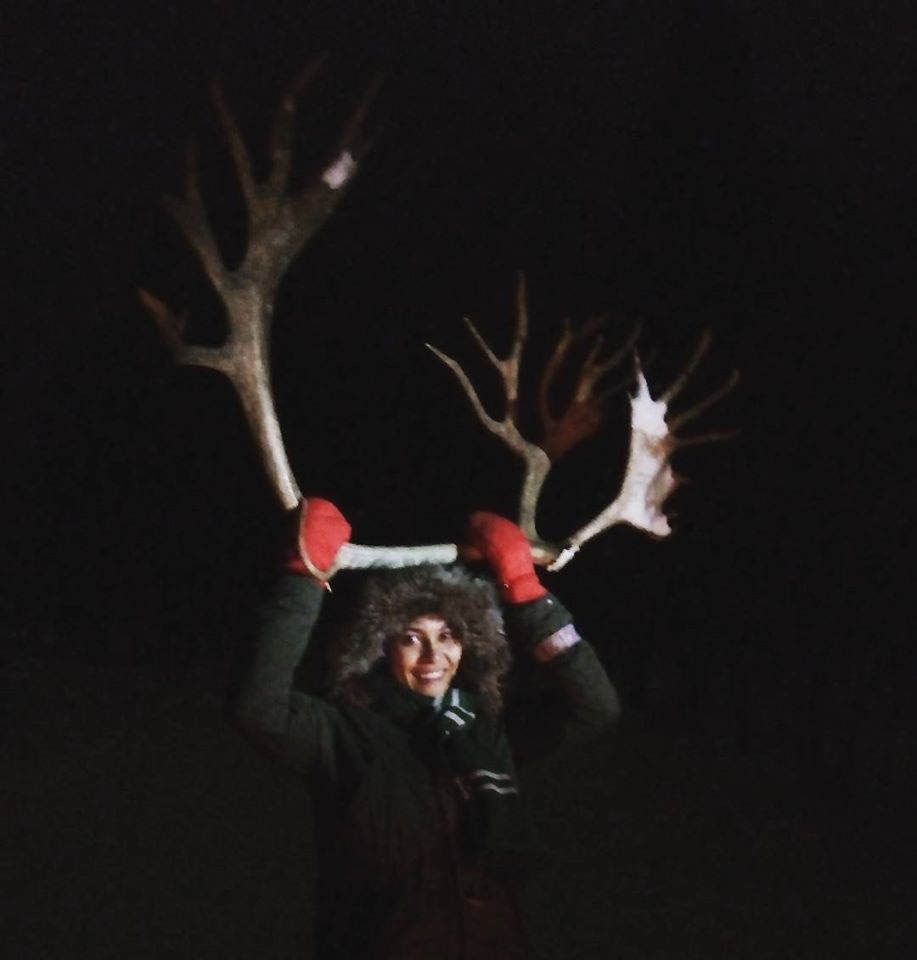 From embarrassments to adaption

My first months here back in 2014 were a bit complicated since I have not experienced a cultural shock before. In fact, my whole life until I was 20 was spent in the same region, meaning that I only new one culture, one way of living and I only used Portuguese language in my daily life. In overall, I had difficulties to make Finnish friends because I was behaving like if I was still living in Brazil. After going through many embarrassing situations, for example trying to greet people with hugs or kisses on the cheek, touching their arm while talking, being scolded for speaking too loud or utilizing certain vocabulary, I realized that people were starting to avoid me and something was definitely wrong.

My conclusion was that the behaviour considered normal and even expected in my country of origin would not work well in Finland. Thus, I decided to adapt to Finnish culture as much as possible since I do not like to be left aside nor to make people uncomfortable.

Start with observation and don’t be afraid to ask

My first action was simply to observe how the Finns behaved in overall. When I could not find an answer or a pattern by myself, I asked straight to my tutor or to my friends my doubts. For example, I asked things such as “when is it ok to invite people to hang out with me?”, “is it weird to hug a person I just met as a manner to say goodbye?”, “do you think that if I act like this is impolite or inappropriate?” and etc. You may think it is a silly weird thing to do, but I call affirm that it helped me immensely to understand the culture and to bond with people.

However I must add that the beginning was not easy: I remember getting frustrated and even angry sometimes because I simply could not understand why people would think in this or that way. What helped me was to realize that every society is unique, that I was dealing with cultural differences because of my own choices and that such experience was helping me to grow immensely in a personal and professional manner.

One of the people from that initial time that became very special to me was Ville, whom I call my brother nowadays. We met in a program called Each One Teach One in which we taught each other our native languages and in the end, we became quite close friends: Ville constantly motivated me to come back to Finland and he also helped me to succeed returning in any means he could. 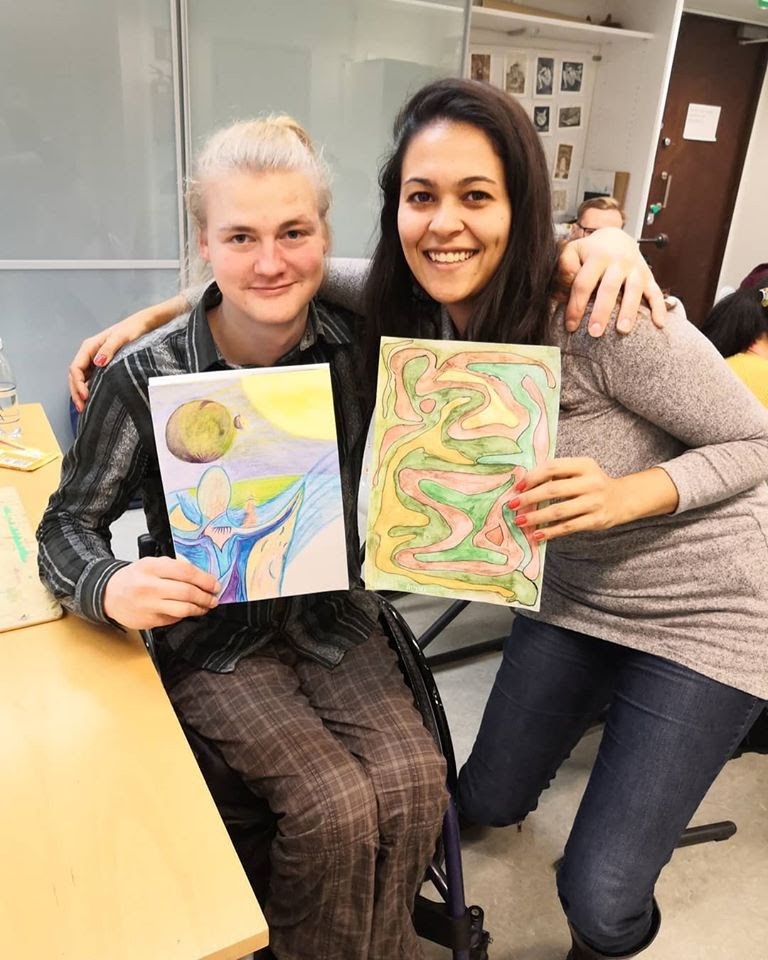 Me and Ville in a painting and drawing session.

During my second time in Finland I started to analyze on a deeper level what does it mean to be a foreigner. I realized that despite the differences, everyone wants the same thing after all: to be happy and loved. So I started to focus on what I have in common with people, not on our differences. Simply put, I am strongly avoiding building walls and obstacles during socialization “because I am Brazilian/woman/Buddhist/Physicist/put here whatever feature you like”. By doing so and in addition of leaving my comfort zone, my number of friends grew immensely! Also, I started to be interested in things that I did not quite appreciate before, like cooking and using decorative candles everywhere, two common things in Finland. 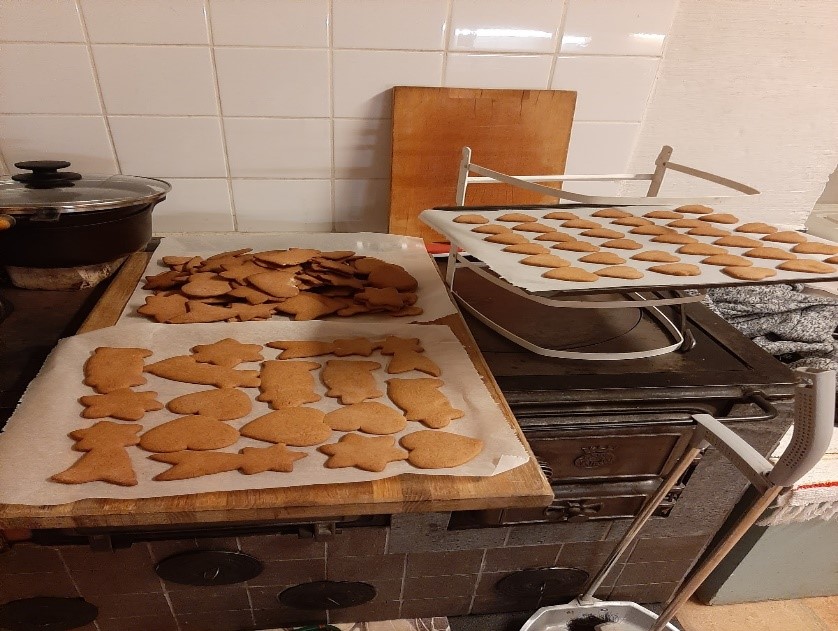 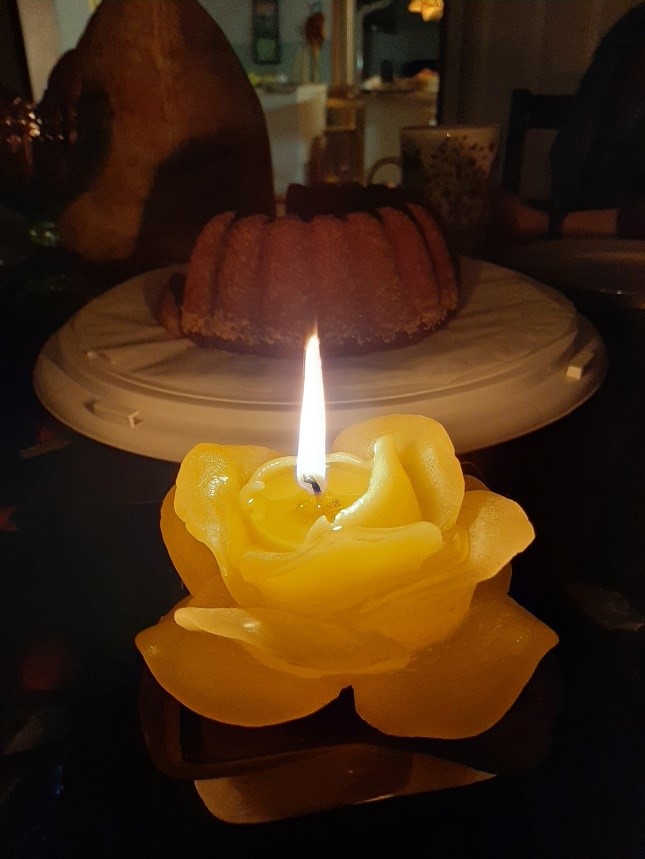 However, note that I am not suggesting that you should forget your background or start to be someone you are not! That would only bring unhappiness and eventually people would notice that you are just pretending. What I suggest to you is to be open minded, to realize that cultures are unique and to enjoy the new different things. For instance, try the local food, sports, events, clothes, hobbies, anything that makes you wonder a bit! Like that you can find a new awesome habit and bond more with the culture. Specifically about Finnish things I love to: pick up berries and mushrooms, watch Ice Hockey games in the stadium, baking and go to rock concerts. 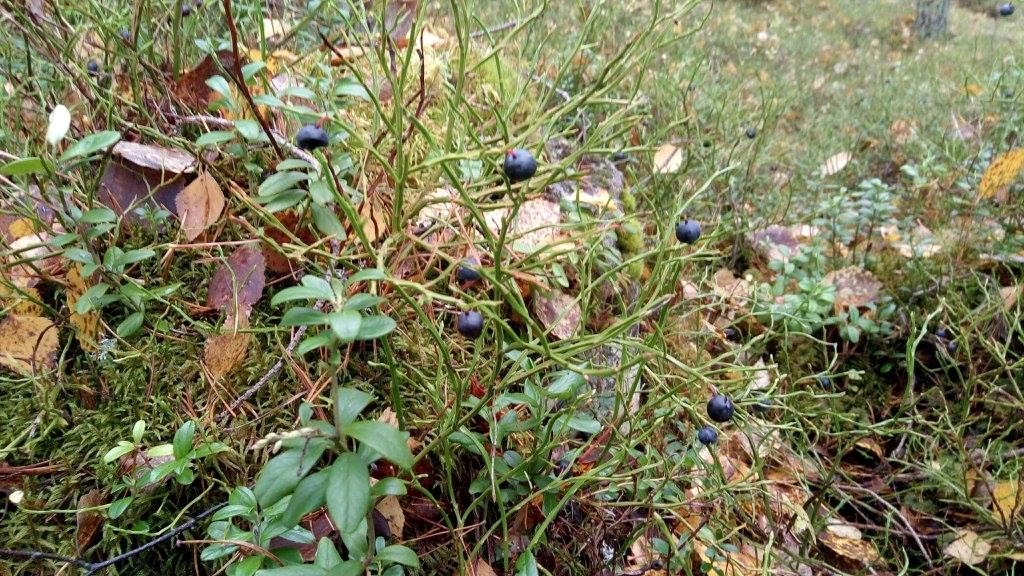 Finns often love to pick up berries in summer. 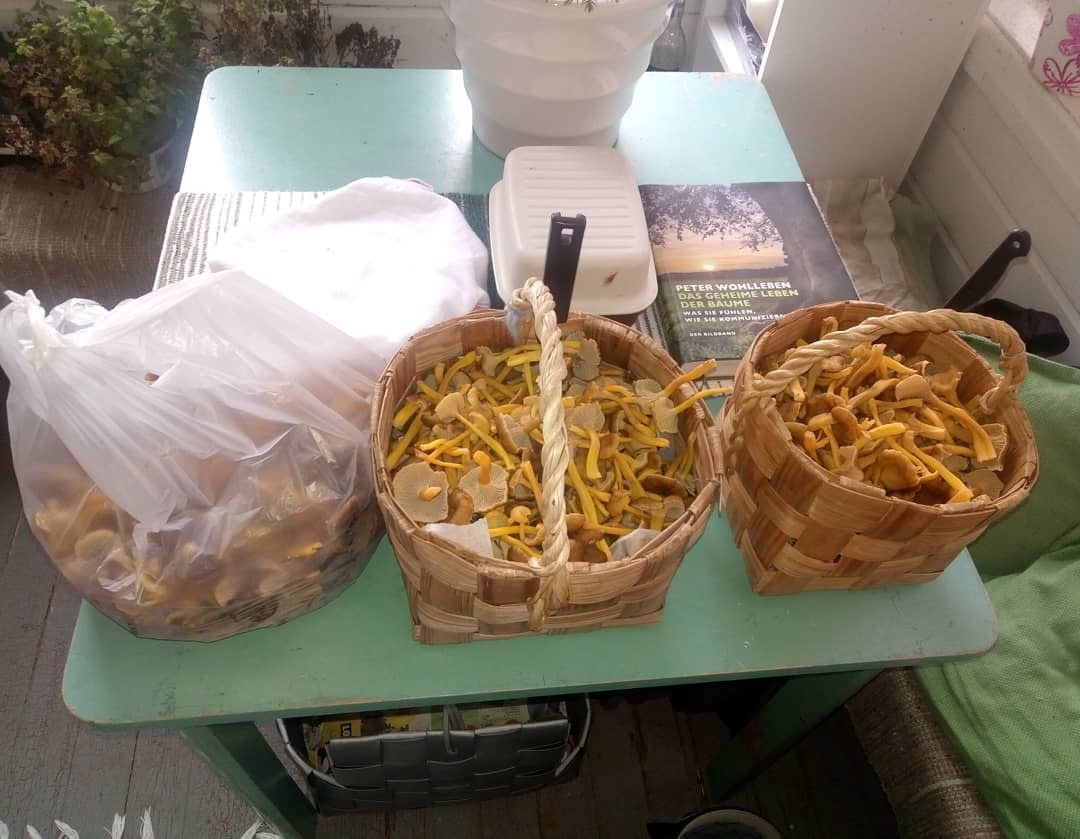 Mushrooms are collected during autumn.

In addition, showing the best from your own background can be quite fun as well. For example, once I made palha italiana (a Brazilian candy) for my friends and they liked it very much. Ville even created a half Brazilian half Finnish dessert that contains the palha italiana plus cream cheese between two ginger breads! 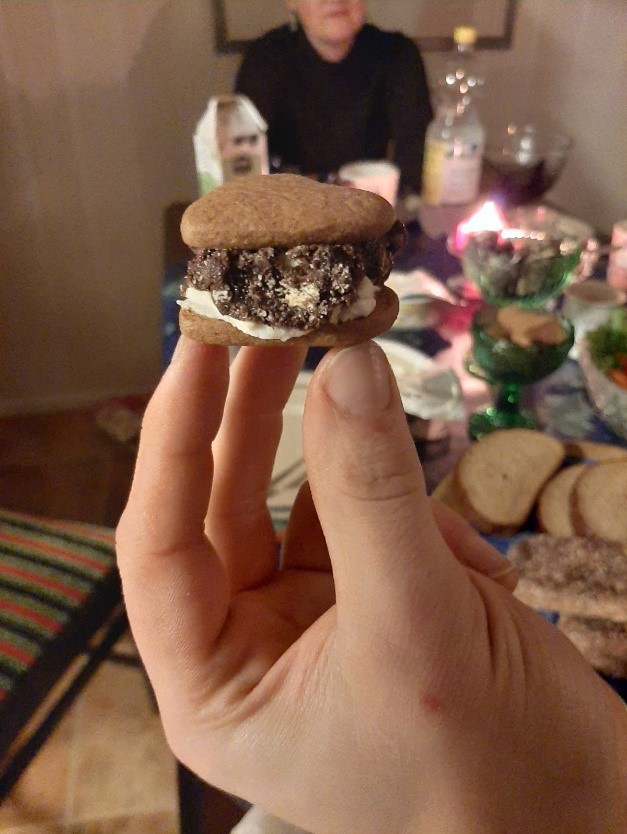 Learn the basics in Finnish language

The last topic I would like to mention is the language. I know that Finnish is very hard: I have been studying it for quite a while! But I still suggest you to learn at least the basics in order to introduce yourself, ask for directions, to order a meal and similar situations. That can save you some time and also people will have a better first impression of you.

Finns are aware that their language is not easy, so usually they are patient with the foreigners who learn it and some can even get enthusiastic and motivated to talk more with you! In fact, asking my fellow Finnish students for help with the grammar or the vocabulary has been a great way to practice and as a bonus, to get to know people. So, even if you are staying just for a short time I totally recommend it!

I can also tell you that those previously mentioned habits of mine give good results in many other places, not only in Finland. I have visited some countries as well during my vacations and I have been welcome pretty much everywhere. I personally believe that from the moment that I started to see myself as a world citizen, my social life has improved immensely and I do not mean only in number of friends but also in the quality of the interactions and relationships.

As a conclusion, I do hope that you have learned something new today about cultural adaptation. Also, why not trying to experience it in real life yourself? Whenever you have the means and the opportunity, just grab it and go!

Me close to the Finnish Norwegian border in Lapland.

Ps: If you indeed come to Finland, please visit Lapland! It is a once in a lifetime experience and do not worry: there are always enough clothes to keep you warm if you ask for information and prepare yourself in advance 🙂

See Williane discussing how to adapt yourself to Finnish culture on her video in YouTube: https://youtu.be/U3fOFFwaEMY