My story with losing things and finding them back only started in Finland. At first, I thought it was my luck, but then I figured out that it had nothing to do with my luck but it’s rather something about Finland itself. Let’s go back to the beginning of the story, January 7th, my airplane from Paris to Helsinki was late, so I had to run between the terminals in order to catch up the next flight to Joensuu , Fingers crossed , I made it to the airplane on time!! The Finnish sky welcomed me in the best possible way, I will never forget that night flight , especially that moment when I was trying to sleep and the pilot asked all the passengers to look at right sided windows. To my surprise, I saw those amazing green sky lights , it was the first and only time I saw the AURORA lights !! well, the flight was short , then I arrived to the smallest airport I have never seen, but I was expecting it, on the other hand the thing I was not expecting was to not find my suitcase, I felt terribly lost , and someone told me not to worry because my previous flight was late , so my suitcase will probably be sent with the next flight!! But how can I not worry about it!! How can I even sleep tonight with the idea that all I have may be lost in Paris , Helsinki or somewhere else!! 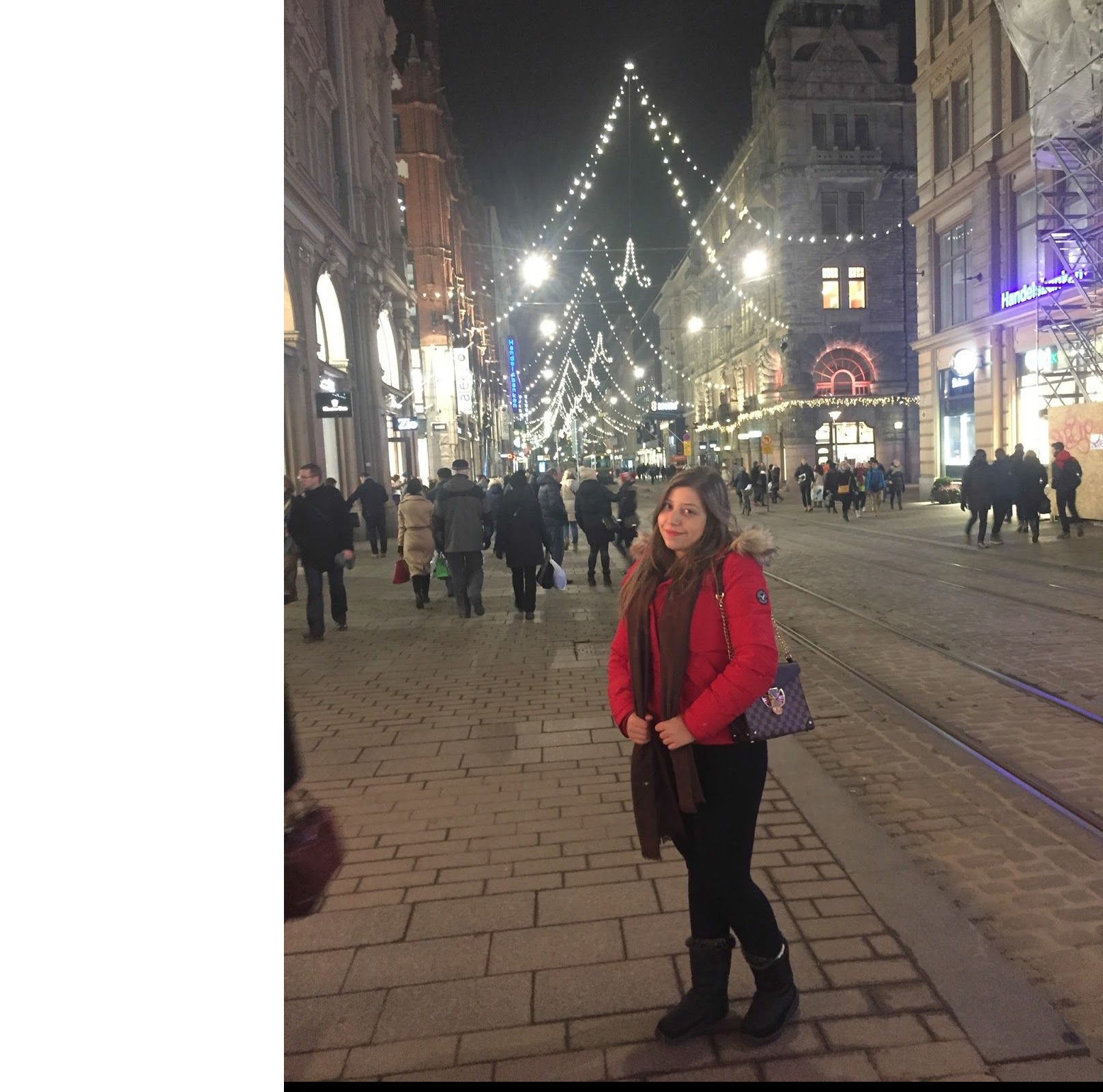 There was another passenger who by chance took the same flight with me from Paris , and she was happy not to find her suitcases , I remember her words very well: “thank God , my heavy suitcases didn’t make it to Joensuu, at least I won’t carry them home , they will bring them to my house directly” at that time I really couldn’t believe that, I had no choice but filling a lost luggage form and going home trying to sleep after a long day, I had all kind of scenarios in my head where all I could think about was my suitcase! On the following day, it was -25 degrees and I decided to go to the airport and check if my suitcase arrived with the morning flight. The next surprise was that the airport was CLOSED! I have never seen an airport that closes, I desperately paid the taxi back and went to the closest market to wait for it to open. I completely lost hope in finding it but decided to go back again , and Yes ! I found it! The agent said that they brought it to my house but they did not find me there! So by far Finland has the best airline customer service I have never seen before!! The next things I lost and found back were keys, swimming suit , and jacket. Those things were not as important as my suitcase but they demonstrate how secure Finland really is !

2 Replies to “Nothing gets lost in Finland !”