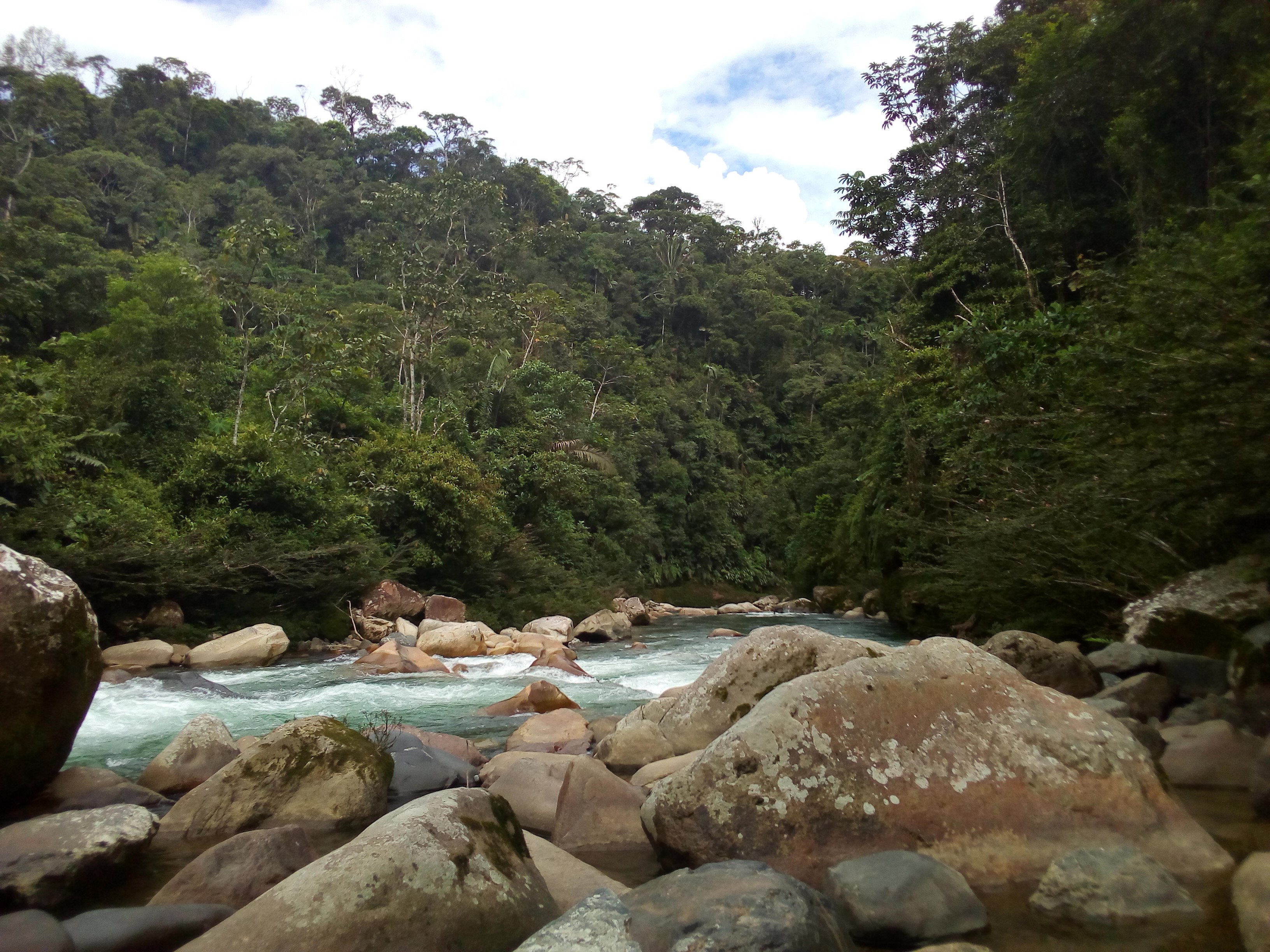 As a biologist, exploring tropical rainforests have been my dream as far as I can remember. So, when I heard about a university in the very lap of the great Amazon rainforest, I knew I had to go. As it happened, my University of Eastern Finland (UEF) had a two-way exchange scheme with Universidad Regional Amazónica Ikiam (or just IKIAM for short) with funding from the Erasmus+ program. As I was in my 6th year and nearing my graduation, this was my last chance to go on an exchange. A bundle of nerves, I wrote my letter of motivation, and to my great joy (and growing panic) got accepted by both universities. Soon enough emails were flying between Finland and Ecuador about travel arrangements and possible projects I could be involved in. With the help of the awesome staff at UEF I got all my papers in order, from the Learning and Grant agreements to the travel insurances. One thing I did not handle, however, were my nonexistent Spanish language skills. I would later come to regret this, as it contributed to a mighty language barrier during my stay.

I arrived to Quito after two days of sleepless travel (the cost of flying on the cheap), but thanks to this I didn’t have a noticeable jetlag – I just naturally fell into the Ecuadorian rhythm with the eight hour time difference. The difference is harsh on social relations, however. On work days, I was confined to chatting with my finish friends and family early in the morning.

I spent a few days in the 2,8 km high and over 50 km long capitol, perched in a valley among the green mountains. When the big-city noises and pollution of Quito became too much, I climbed up to an old hacienda swarming with humming birds. As I descended to the Amazon basin with the staff from IKIAM, I was struck by the change in vegetation. From the rugged highland paramo we came down through the chilly cloud forests to the humid greenness of tropical rainforest. This was what I came for, I thought as I took in the tall tree trunks heavy with ferns and bromelias, and the layers upon layers of leaves of all shapes and sizes. 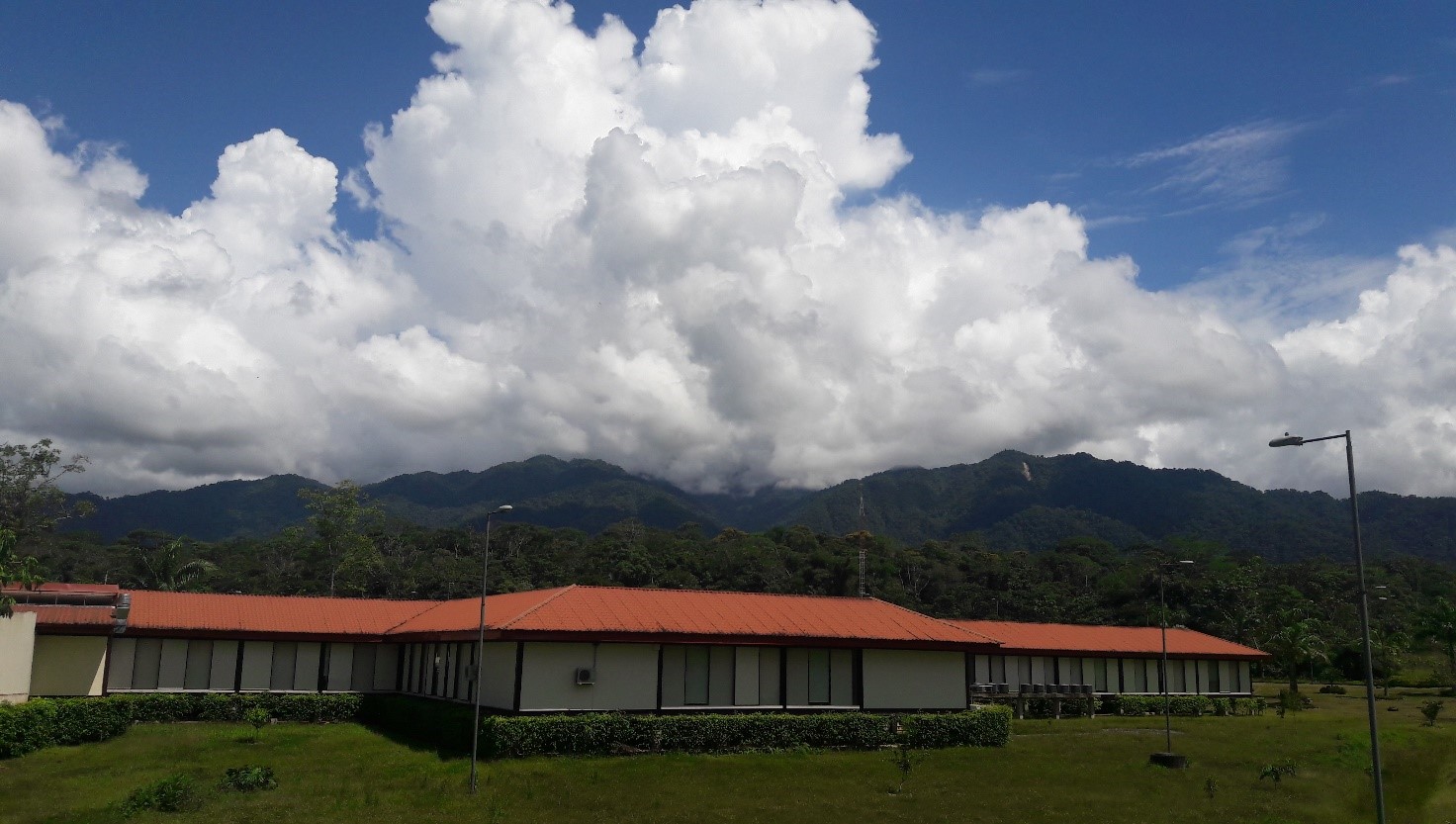 IKIAM is some 15 km from the nearest town, Tena, standing right at the edge of the Colonso-Chalupas Biological Reserve. It is a new university, founded in 2013, with spotless white surfaces and cool and comfortable work spaces. During my stay some parts were still under construction, including some of the laboratories.

My welcome to IKIAM was whirlwind, as I was introduced to various university personnel and student healthcare officials, all of whom were very accommodating. On the very first day I got several offers for an apartment, as IKIAM doesn’t have student dormitories. Through one of the teachers, I ended up housing in a wonderful vegetarian commune with two cats. 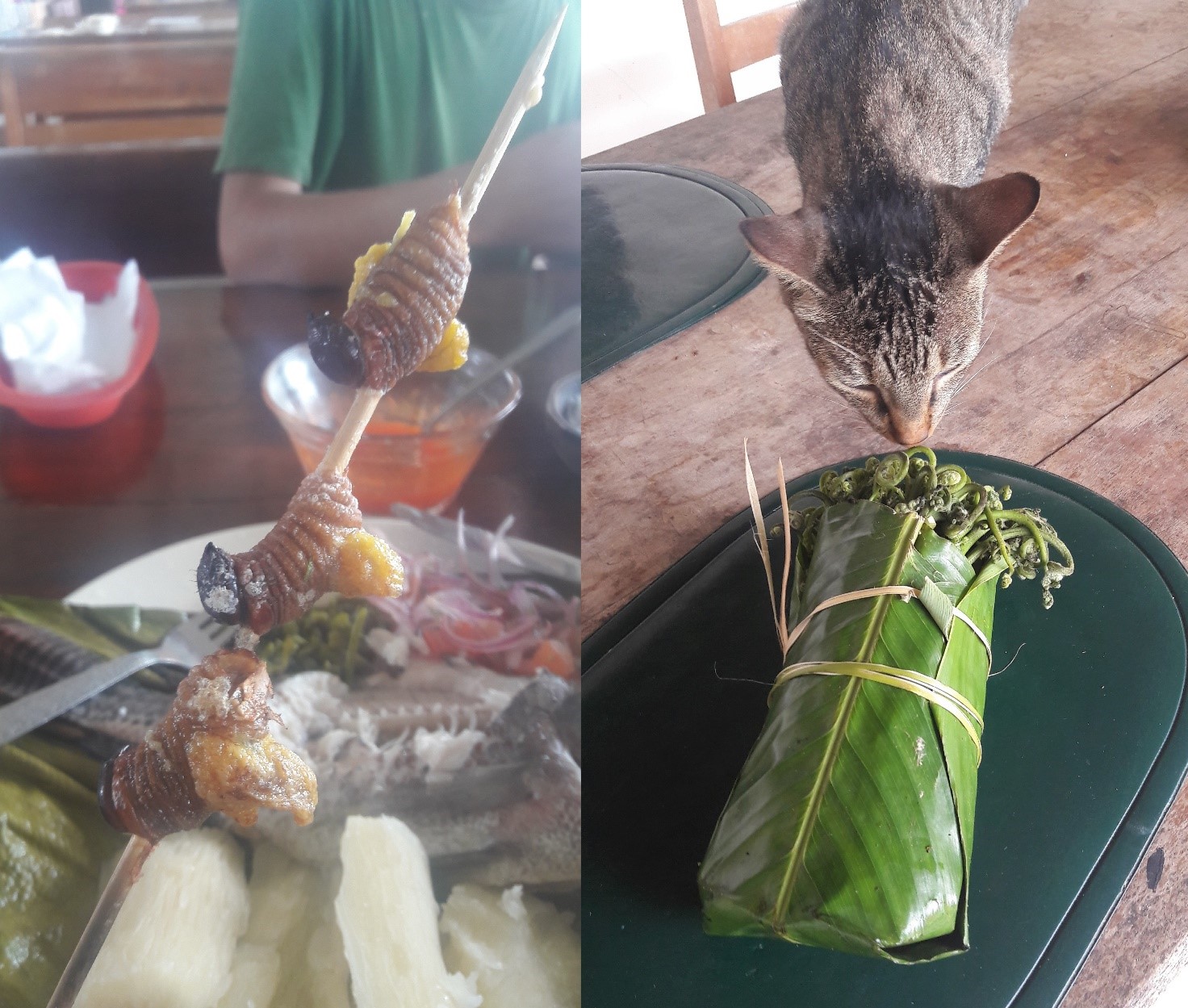 Talking about food, the best part of the cuisine for me were the cheap fruits, fresh ceviche’s and interesting indigenous ingredients. Did you know that some ferns are edible? I also found a surprising treat in the palm weevil larvae, called chontacuro. The restaurants and the university cafeteria, mind you, were not often vegetarian friendly, the food being high on meat and all manner of carbs. 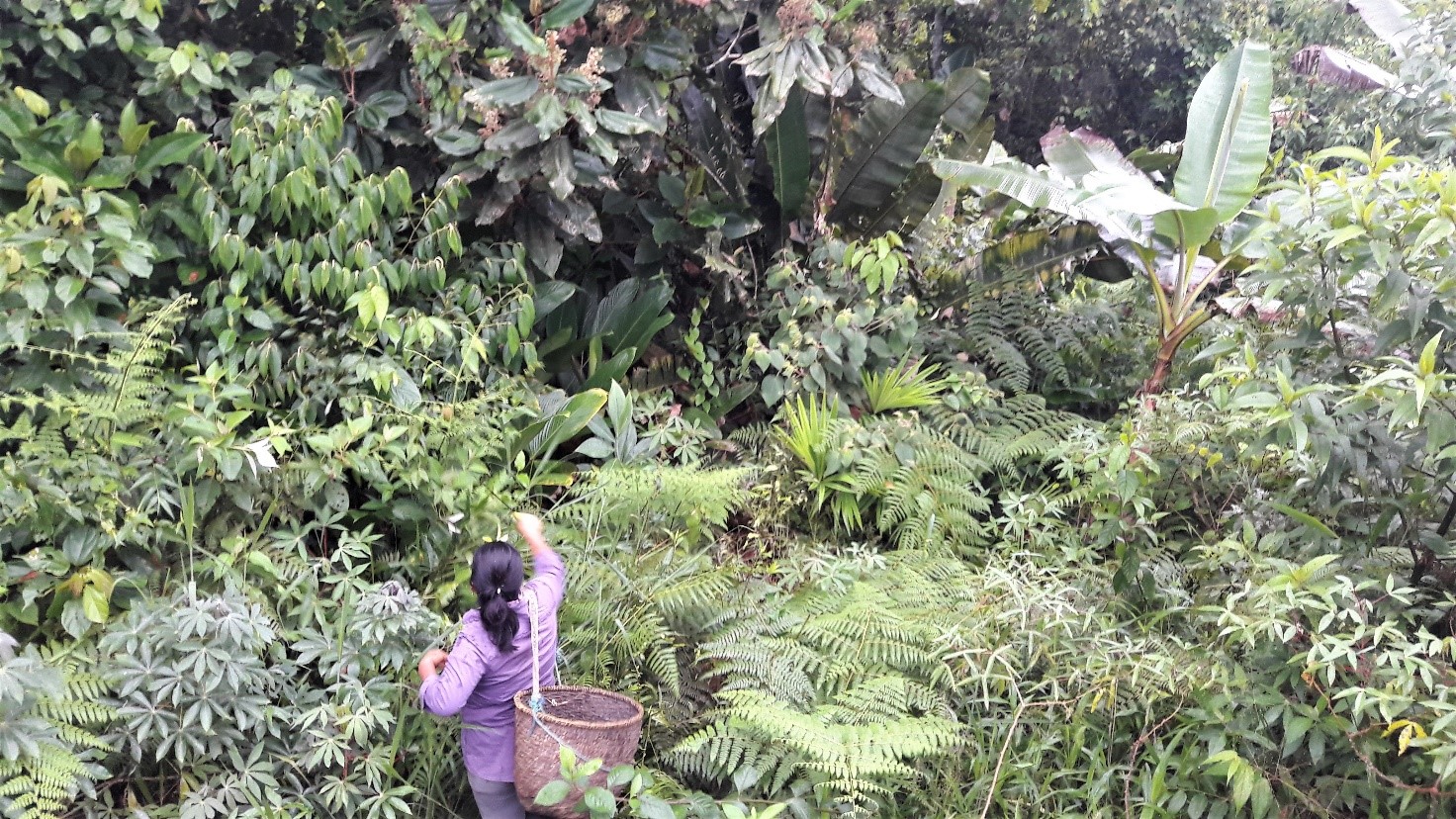 I had the opportunity to take part in several projects, but I was mainly working in ethnobotany, visiting the communes and farms of the indigenous Quichua people. We interviewed the Quichua on their crops, and were shown their methods of collecting and cooking. 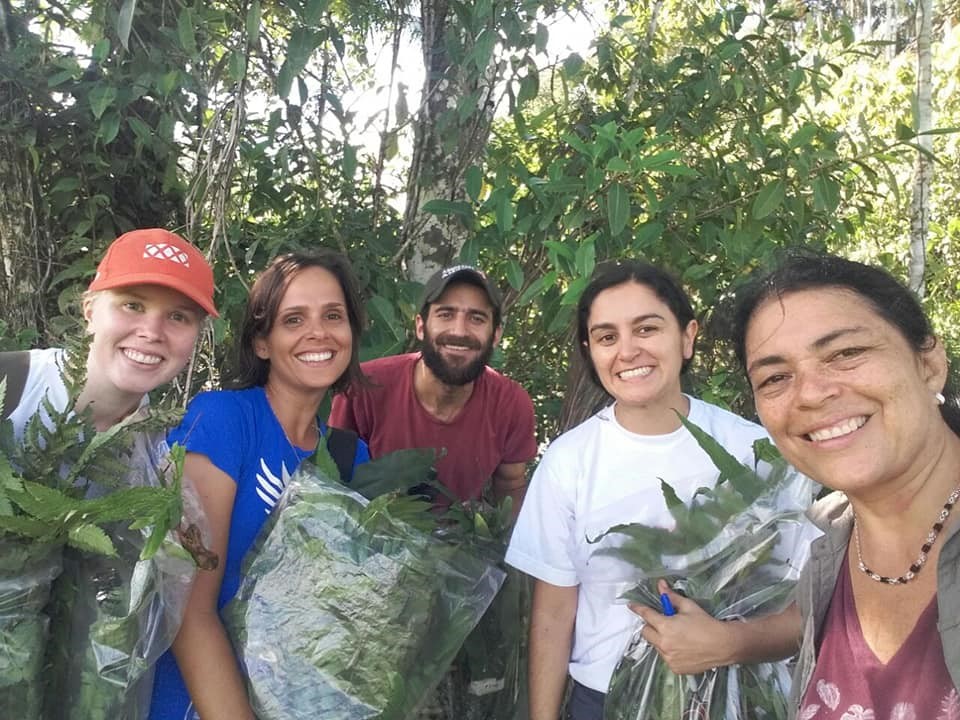 Once again, I was blown away by the biodiversity of tropical rainforests, when we gathered 30 species of ferns from a 250 meter wetland transect. 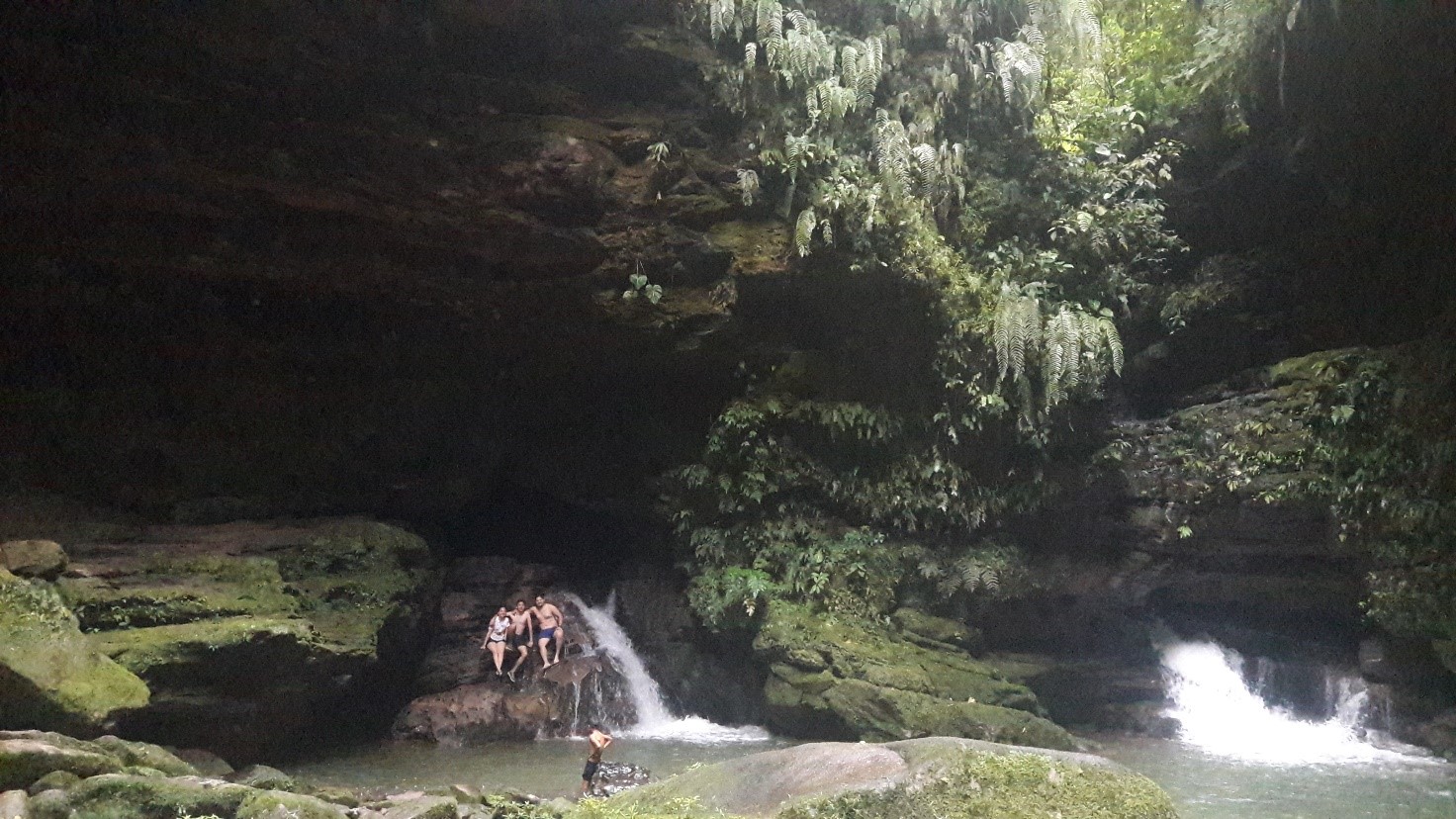 The region around Tena had many a beautiful rivers and jungle pools to swim in. Spurred on by my adventurous roommate, I even ended up going rafting in the rapids at night, one of the most memorable (and terrifying) experiences of my life. 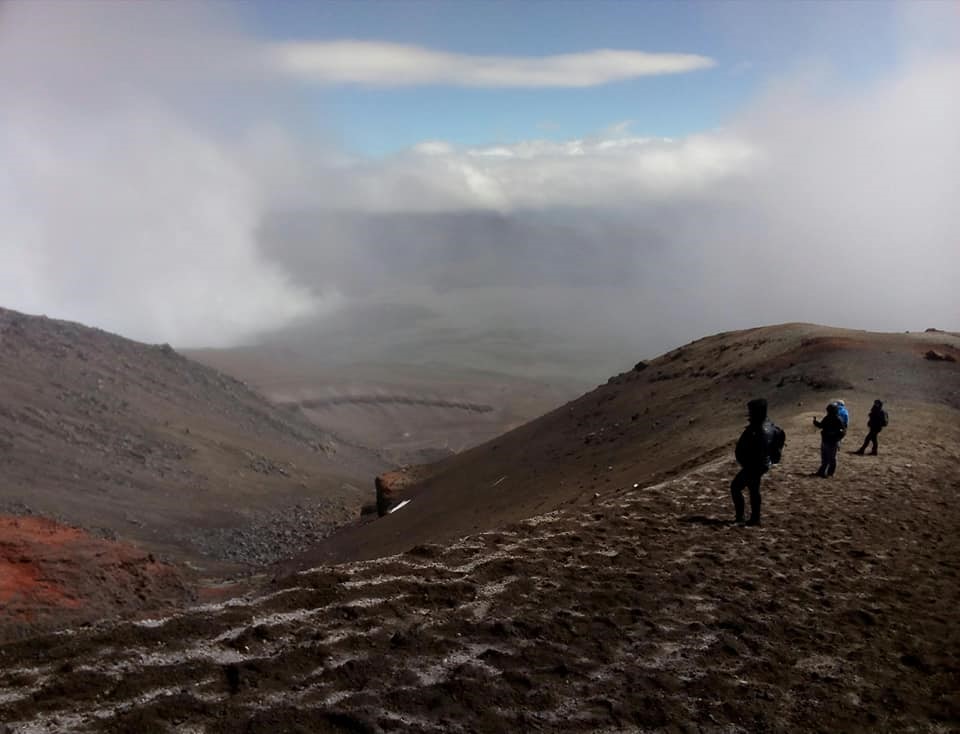 Climbing to 4,8 km on the active volcano Cotopaxi was also one of the highlights of my trip. I also rode on the grassy plains at the root of the volcano, and slept in a hobbit hole in the park.

As I mentioned before, I didn’t bother to learn Spanish before coming to Ecuador. During my exchange I learned the survival stuff, but never became conversational enough to hang out much with the other students. I mostly spent my time in the small international bubble of Tena. In conclusion; IKIAM is an awesome university, but I highly recommend learning the language before you arrive!