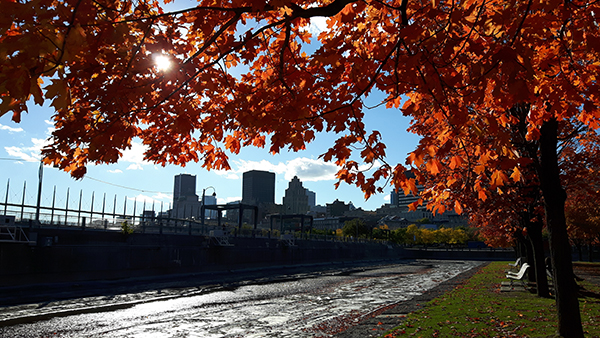 Last autumn, I had the pleasure of doing fieldwork among lawyers in Montreal during my 3.5 months-long research visit at Teluq/University of Quebec. I went there as a postdoctoral researcher working on a grant so I used my own equipment (i.e. computer, mobile phone, recorder). While this research visit was a wonderful experience both professionally and personally, it was then when I fully realized how much responsibility in terms of the security of the research data and equipment I carry when working abroad and particularly when doing a fieldwork in a foreign country. This involves for example file encryption, protection of data connections, administration of access rights, processing and handling of confidential information as well as archiving and destroying of documents. I was encouraged by my colleagues to share some of my experiences as the issue might be relevant for other researchers who are planning a mobility period.

In my own fieldwork, the issue of handling of confidential information and research data, file encryption and protection of data connections became particularly relevant. Firstly, the fieldwork involved interviewing some people who knew each other and who sometimes recommended each other to me for an interview (i.e. snowball sampling). While the interviewees can contact each other to discuss the interview, I had to be particularly careful not to confirm or deny the interviewees’ inquiries whether I have met their colleagues. Otherwise, I would violate the issue of confidentiality. Secondly, as almost all my interviews were face-to-face interviews, the fieldwork involved from me the frequent travels around the city. During these travels, the interview recordings had to be well protected. In practice, it meant that as soon as an interview was over, I had to hurry back to my office to transfer the interview recording from a recorder to the computer where it was encrypted and backed up. Thirdly, each time after the interview recording was transferred to the computer, I needed to delete the interview recording and to overwrite it with random data to prevent the recovery of the original data (i.e. interview recording). Fourthly, I needed to make sure that the data at my computer is well protected in case of losing a computer. Thus, I have kept the data in an encrypted file container, which is password protected. This way, the data have been firstly protected by the encryption of the whole disc and additionally the data have been protected by the second password that opens the encrypted container on my hard disc in which I keep the interview data. Finally, when working, I paid attention to the protection of data connections and thus I either avoided the usage of not trusted Internet connections (e.g. in cafes, hotels, Airbnb, airports) or I used VPN.

Research ethics is also relevant issue when we think about research collaboration, specifically with researchers from other disciplines. During my research visit, I had a pleasure to meet the researchers from a range of disciplines who are studying the legal profession in Canada, which is a very popular research subject there. During those meetings, we discussed the opportunities for future collaboration such as, for example, joint publications and sharing of research data. During some of those discussions our different views on research ethics became salient. For example, I was asked to share my data with another researcher who was interested in my study and in interviewing lawyers. In exchange, s/he offered me a possibility to have more interviews conducted by her/his student and have my interviews transcribed by her/his student(s). Yet, as a researcher working on a grant (at that time) I promised to my Canadian informants in the informed consent form and during the interviews that no-one else but me will have access to the interview recordings (besides possibly a transcriber with whom the proper agreement on confidentiality will be made) as well as to the interview transcriptions before they are fully anonymized. For some interviewees, this information played a crucial role in their consent to the participation in the study. The full anonymization of interviews involves cleaning of interviews from all the information that can lead to the identification of the interviewees. This may include (1) name, email address, address, nationality, ethnicity, age (2) name of the workplace and employment history, (3) family status and information on family members, (4) educational background, and (5) any other pieces of information that need to be encrypted and stored separately from the transcriptions of the interviews. Depending on the research, the deletion of personal data can sometimes not be enough to protect the interviewees’ identity. Interviews may contain some information that may indirectly lead to the identification of interviewees and thus, the interview data must be handled in a very careful manner. This is also why, I could not take a risk to let any Canadian law student to transcribe the interviews with Montreal lawyers as due to sharing of the same cultural and professional context, they could be able to identify the interviewees more easily than anyone else outside of the Canadian legal field. It would have been also against of my promise made to my Canadian interviewees in the informed consent form and during interviews to make the interview data available to my Canadian colleague during duration of my project. Such form of data sharing was not included in the planning of research and thus, the interviewees were not informed about it when they agreed to participate in the study. Yet, when my project is completed, the research data may be considered for storage for example in the Finnish Social Science Data Archive FSD for a long-term preservation and further use.

Finally, during my research visit and fieldwork, I learned that it is not only important to know and to apply the principles of research ethics in practice, but also to be able to explain them in an understandable way to the research subjects and potential collaborators. Yet, despite of our (researchers) assurance of ethical research practice, the interviewees may still deny the participation or the recording of the interview, which we need to respect and be prepared for. We also need to be able to resist collaboration requests that may violate the ethical promises we made to our research subjects. 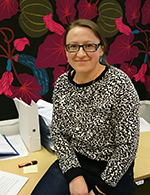