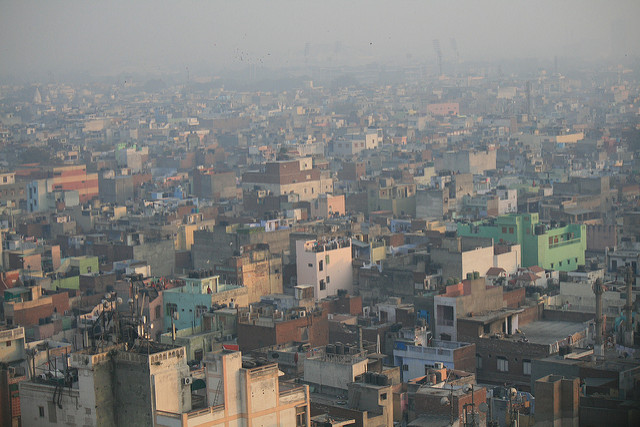 OUR ARGUMENT is that short-lived climate pollutants (SLCPs) provide an attractive option that could ‘buy’ more time to cut CO2 emissions. The United Nations Environment Programme has estimated that reducing SLCP emissions, especially methane and black carbon, could slow the rate of global warming by 0.4-0.5°C by 2040 (UNEP, 2011). This is an important contribution given that the existing climate policies have been estimated to limit the global average temperature increase only between 2.9°C and 3.4°C by the end of the century (UNEP, 2016)., thus falling short of the 2°C target in the Paris Agreement.

AT THE CCEEL, we have recently launched a new five-year research project known as ClimaSlow (Slowing Down Climate Change: Combining Climate Law and Climate Science to Identify the Best Options to Reduce Emissions of Short-Lived Climate Forcers in Developing Countries). The project is led by Professor Kati Kulovesi and funded through an European Research Council (ERC) Starting Grant for 2017-2021. Other CCEEL members involved in the project are Dr Yulia Yamineva  (Senior Researcher) and Veera Jerkku (PhD candidate).  The project also involves participation by the UEF Aerosol Physics group.

ONE OF the factors driving our interest in SLCPs is that we see them as an interesting opportunity to merge the global climate change agenda with the local health and environmental agendas. Air pollution poses a considerable risk to human health worldwide. It leads to heart and lung failures and cancer, causing approximately 6.5 million deaths each year (WHO, 2016). Through aggressive reductions in black carbon emissions, it would be possible to avoid 2.4 million premature deaths annually by 2030 as a result of reduced exposure to fine particulate matter (UNEP, 2011).

THE GROWTH in SLCP emissions over the next decades is expected to be driven by developing countries. Therefore, in addition to the focus on international and transnational cooperation, the ClimaSlow project looks at three national case studies: China, India and Nepal.

CHINA AND India are among the world’s key sources of black carbon and methane emissions and their emissions of HFCs are also set to rise. Air pollution is also an acute problem in all three countries damaging both public health and the economy. In China, for instance, air pollution is implicated as a leading cause of mortality (UNEP, 2015).  The project will look at the policies and regulations in place in the case study countries, and seek to identify ways to strengthen them through both national and global action. It will also try to identify opportunities for others to learn from the experiences of the three case study countries.

ONE OF the project’s motivations is that the legal and regulatory options to strengthen global action on SLCPs have not been studied comprehensively, and the climate impacts of such options are not yet adequately understood. The ClimaSlow project seeks to fill the vacuum by undertaking an analysis of the fragmented and multi-layered global legal and regulatory framework for SLCPs.

FURTHERMORE, THE ClimaSlow project breaks disciplinary boundaries through combining climate law and climate science. An analysis of legal and regulatory options is complemented by climate modelling work to determine their climate impacts and hence identify the most effective ways to achieve deep reductions in the emissions of SLCPs.

THE PROJECT will seek to maintain an iterative dialogue and share its interim and final findings with a variety of stakeholders including scientists, NGOs and policy-makers both internationally and in the case study countries. This will for instance be done through organising workshops, developing policy briefs and participating in relevant events. The project will also culminate in an interdisciplinary scientific conference in 2022.