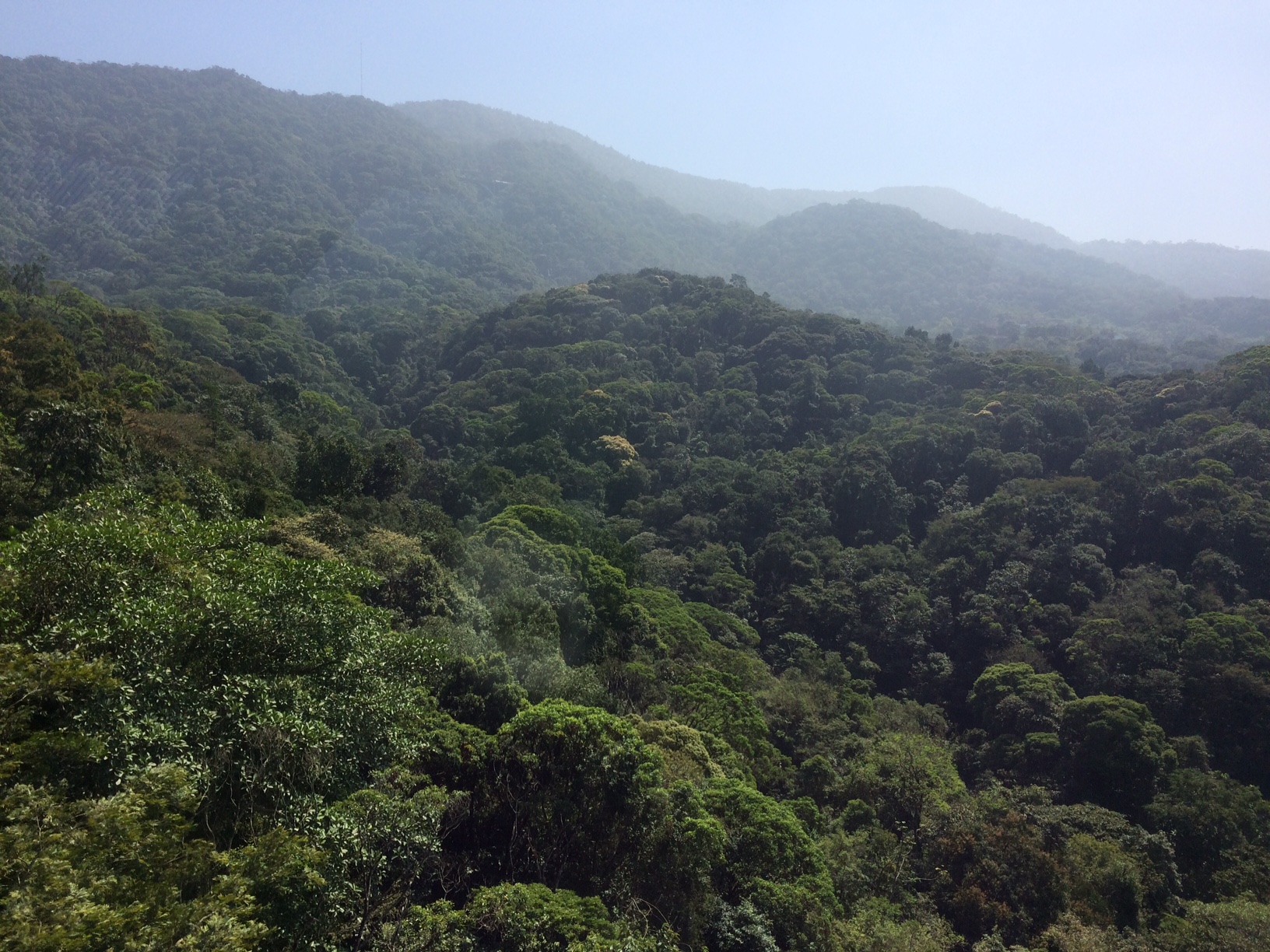 Whenever we ecotoxicologists have something to present to the big audience, we participate the meetings organized by the society of environmental toxicology and chemistry SETAC.  The mission of the society is to support the development of principles and practices for protection, enhancement and management of sustainable environmental quality and ecosystem integrity. Additionally, SETAC promotes the advancement and application of scientific research related to contaminants and other stressors in the environment, education in the environmental sciences, and the use of science in environmental policy and decision-making. The society also provides a forum where scientists, managers, and other professionals exchange information and ideas for the development and use of multidisciplinary scientific principles and practices leading to sustainable environmental quality.

Annual meetings of SETAC take place annually or biennially in different geographical regions, and our group members mostly participate the European and North American annual meetings held every year, as was the case also in 2016 and 2017. SETAC Latin America organized a biennial meeting in September 2017, and I had an opportunity to participate such an event for the first time. My previous SETAC experiences were from three North American meetings, so I thought I could somehow imagine what to expect. But after all, the experience was far beyond that I could ever have imagined beforehand.

Whereas the North American and European SETAC meetings have about 2000-3000 participants yearly, SETAC Latin America 12th Biennial Meeting this year gathered just about 500 participants. Altogether 17 countries were represented, and a few participants, like myself, came across the ocean from Europe and Asia – me being the only one representative from UEF and the whole Finland. The conference was held in Santos, a coastal city in São Paulo state in Brazil. Everything was smaller and simpler compared to the NA and European meetings – more intimate and informal somehow. In my opinion it was easier to meet new people, get to know them, and talk about science and beyond. Just the fact that I came from Finland, already created an interesting base for various discussions during the sessions, lunch breaks or just in an elevator going from the 1st floor up to the 5th. I got so much courage and confidence about myself by traveling alone and being forced to integrate to the community beginning from the inaugural session. I did not know anyone from there before traveling, but when I came back, I had many new friends and experiences to take home. Who knows, maybe we will have some co-operation with our Brazilian colleagues in the future!?

This was the first time ever that I participated in a conference with three official languages: English, Spanish and Portuguese. Most Latin Americans gave their presentations in their own language, mostly in Portuguese, naturally, because the conference was held in Brazil where most of the participants came from. Fortunately I could understand all three languages, but I felt pity for the North American, European and Asian participants who could only follow the slides, which in most cases were in English though. Q&A part was a mixture of all three.  Extremely confusing, but interesting. The actual conference days consisted of platform presentations in the morning, lectures and round table discussions in the afternoon, and poster sessions at 6-8 pm. Lunch breaks were long and gave a nice opportunity to have a little runaway to the beachfront closeby before the next session.

My impression was that the hot topics in ecotoxicology in Latin America are the effects of pesticides to the environment (agriculture is strong in LA) and topics related to pollution of the ocean. Metals and nanomaterials are only now making its way to the Latin American field of ecotoxicology, whereas in Europe and North America they have been a hot topic already for several years. I took with me two posters from Finland, one about my own research about PCB bioaccumulation and passive samplers, and another of Kukka’s and mine, about joint effects of traditional xenobiotics and nanoparticles on aquatic species. The poster session was a success: many interesting dialogues I had, and many new friends I made. This was also the first time that I could present something in my second best language: Portuguese. Everything went better than I excepted, and next time in SETAC Latin America Biennial Meeting, which will be held in 2019, in Cartagena de Indias, Colombia, I will definitely encourage myself to have a platform presentation in that language, too. This experience was a wonderful experience as a researcher and gave an interesting insight into ecotoxicology in Latin America. This was also a prefect getaway from my daily routines in order start preparing for my PhD defense, which was about to follow soon after coming back home.

The conference trip was financed by Unipid FinCEAL+ program for international mobility between Finland, Europe, Africa, Asia, and Latin America and the Caribbean (LAC), financed by the Finnish Ministry of Education and Culture. The great adventure has also been documented on Instagram and Twitter @uef_ecotox.

Text and photos by Kaisa Figueiredo 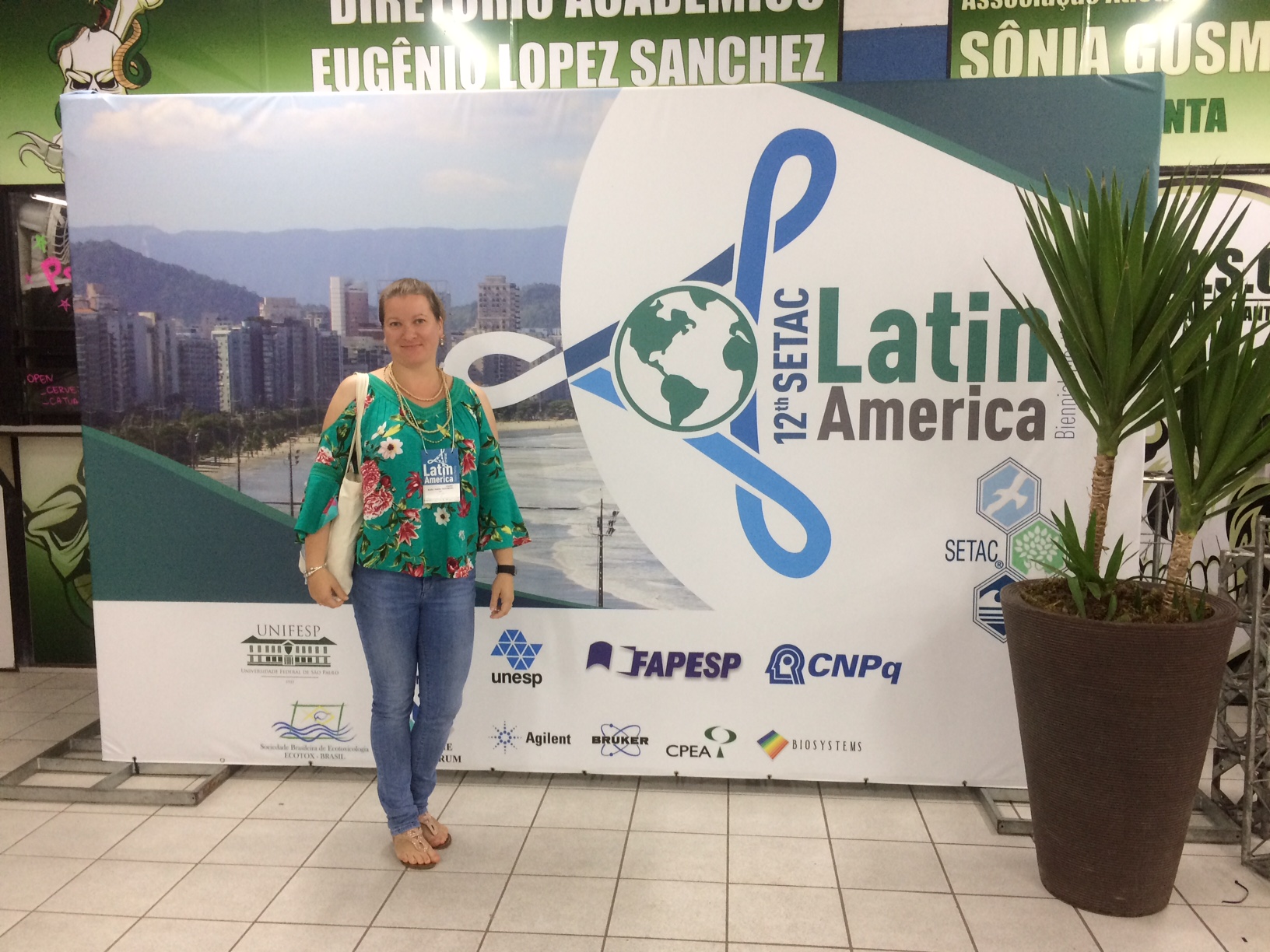 It’s again the time of the year, when at least part of our group goes to the SETAC (Society of Environmental Toxicology and Chemistry) Europe meeting. This time it was two of us (me and Inna), who decided to go. I love these conferences – they are a combination of travelling, meeting new people, getting brilliant (and not-so-brilliant) research ideas and learning new things. The days in the meetings are long and sometimes a bit overwhelming, you get a great chance to be part of a large research community.

In my opinion, SETAC provides a great opportunity for its student members to become a part of this community. In the meetings, there are several ways to smoothen your way into science community: travel grants, student mentor lunches, lunch seminars, student parties, student advisory council assemblies etc. If you are a Master or PhD student, make sure that you are a member of a professional society, it will make your academic part of life so much easier and more interesting!

As always, there are several interesting things happening simultaneously – it’s so difficult to choose from them. This year, I changed my tactics. Instead of just concentrating on metals, I was running around like crazy to learn more about environmental assessment of cosmetics and personal care products, life cycle assessment (LCA) and emerging contaminants (micro plastics!). If I would have to choose my favorites this year, they would be (1) Graham Merrington from WCA Environment, UK talking about what has happened in risk assessment within past ten years, (2) John Murphy from Queen Mary University of London, UK with an highly intriguing topic of new approaches in ecological effects of metal-contaminated sediments and  (3) Nicolas Pucheux from INERIS, France who’s presentation about implementation of TRIAD approach in ERA of an old lead mine was so interesting that I spent the whole time writing as fast as I could. They were all really inspiring and I feel I got a lot of new ideas and perspectives to think about.

Another nice thing in participating international conferences is travelling, and Nantes was great for that. You can’t go to Nantes without riding the Grand Elephant (picture below). Food was great, people were nice, buildings were pretty and the prices affordable. What’s there not to like!  Next year, SETAC Europe Annual Meeting is held in Brussels (https://www.setac.org/events/event_list.asp). And the SETAC World Congress will be at the end of this year in Orlando, Florida (https://orlando.setac.org/). Not a bad place to go in November!