Science is partly about trends and what is currently in fashion. Don’t get me wrong, this does not mean that the hot topics are somehow unnecessary to study. It is just something for which you find funding at certain time. As an example from the field of ecotoxicology nanoparticles are a perfect example. If you went to international ecotoxicology congress ten years ago there was hardly any presentations about nanomaterials. The evolution was pretty quick and soon one could catch several sessions on nanoecotoxicology in those same congresses. Nowadays it is blended in, which means that nanoparticle presentations are part of “normal” sessions.

Studies about the microplastics in the environment are currently going through the same progress. The hype has not peaked yet, but getting there. And no doubt plastics are a huge problem in the environment. While ecologists seem to take main responsible about bigger plastic litter the smaller pieces called microplastics draws the attention of us ecotoxicologists. This is probably because we have learned to study the fate and effects of tiny particles (=nanoparticles) during the past decade. The differences is that in the case of nanomaterials we have done something that can be called predictive ecotoxicology i.e. for the most parts we have been trying to figure out the potential effects of nanomaterials if or when they reach the environment. There are still many open questions connected to this. For example the fundamental question if the tools and dose metrics developed for chemicals are doing the job in the case of nanomaterials. They are particles by the definition and they don’t behave like chemicals.

In the case of microplastics the things are maybe even trickier. In most cases we don’t know what to test. Primary microplastics are in micro-sized already in the applications they are used (e.g. cosmetics) whereas secondary microplastics are formed in breakdown of bigger plastic litter due to various environmental processes. Currently we don’t know the ultimate fate or the degradation rates of different plastic types in variable environments. But we do know that at least at certain sites the average particle size is shrinking. This means that we don’t necessarily add more plastic to these systems but the plastic that is already there is breaking down into smaller particles.

So, we don’t yet know what we have there and which kind of problem they are. This applies especially to freshwater environments. At the moment we are mostly testing different types of commercial round shaped particles of certain precise size. Looking at environmental samples the reality is different. We have a mixture of odd shaped particles and different types of fibers. This already suggests that banning the use of microbeads does not necessarily do the trick, although all reductions of plastic input into the environments is good. The previous is underlined with the fact that there are indications that in fish for example we do not find beads but for example fibers, whereas in the surrounding environment we have the beads. Plus we have the emerging secondary microplastics with various types and shapes. To overcome this shortage we need to develop sampling and analytical methods and do more research overall. After that we know which particles/plastic types we should be worried about.

Also, I don’t think that the degradation processes stop at micro it continues to nano. Then the properties, environmental fate and effects of plastics may change as we know from the nanomaterials research. We should look into that as well starting with development of methodology for sampling and analyses.

P.S. During this increasing interest in microplastics it is sad to see news like below:

I don’t see a good result for this. Either the authors heavily violated the good scientific conduct or they have been falsely accused. In both cases it is bad news. Anyway, I hope that the truth finds its way.

I lived in Finland from Dec 2015-May 2016. During that time, I tried to feed daphnia with fiber microplastic and observe the uptake and depuration behavior of daphnia. In our lab, it is very easy to do the test with daphnia, because the facility is well preparation. So that it is very convenient to do the thing as I plan, even if I did not have an experience with daphnia before.

By the way, because I arrived Finland in winter, I had been asked a lot that “why I come to Finland in winter time?” Actually I did not think about it before I came. Anyway, after one week past I just realized that why everyone asked me. Snow and ice is such normal things in Finland winter and rarely sunshine at that time. It’s very exciting experience for people from tropical country like me. The winter in Finland is longer and colder than in my imagination. That’s why I always ask everyone in the lab “Is it normal weather in Finland?” and now I know that’s normal, after I passed through nearly 4 months of Finnish winter. Even whether in winter make some difficulty of life, but I think that’s worth to get experience like that. I think if I did not stay in Finland at the winter time, I may not see and understand the real Finland. So if someone ask me what the best period to visit Finland, I will recommend winter. Do you agree with me? 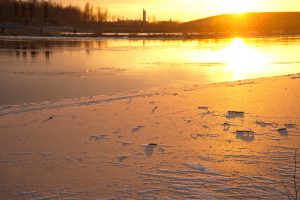 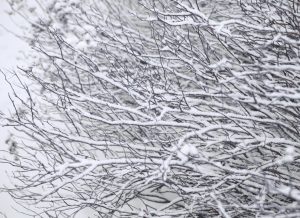