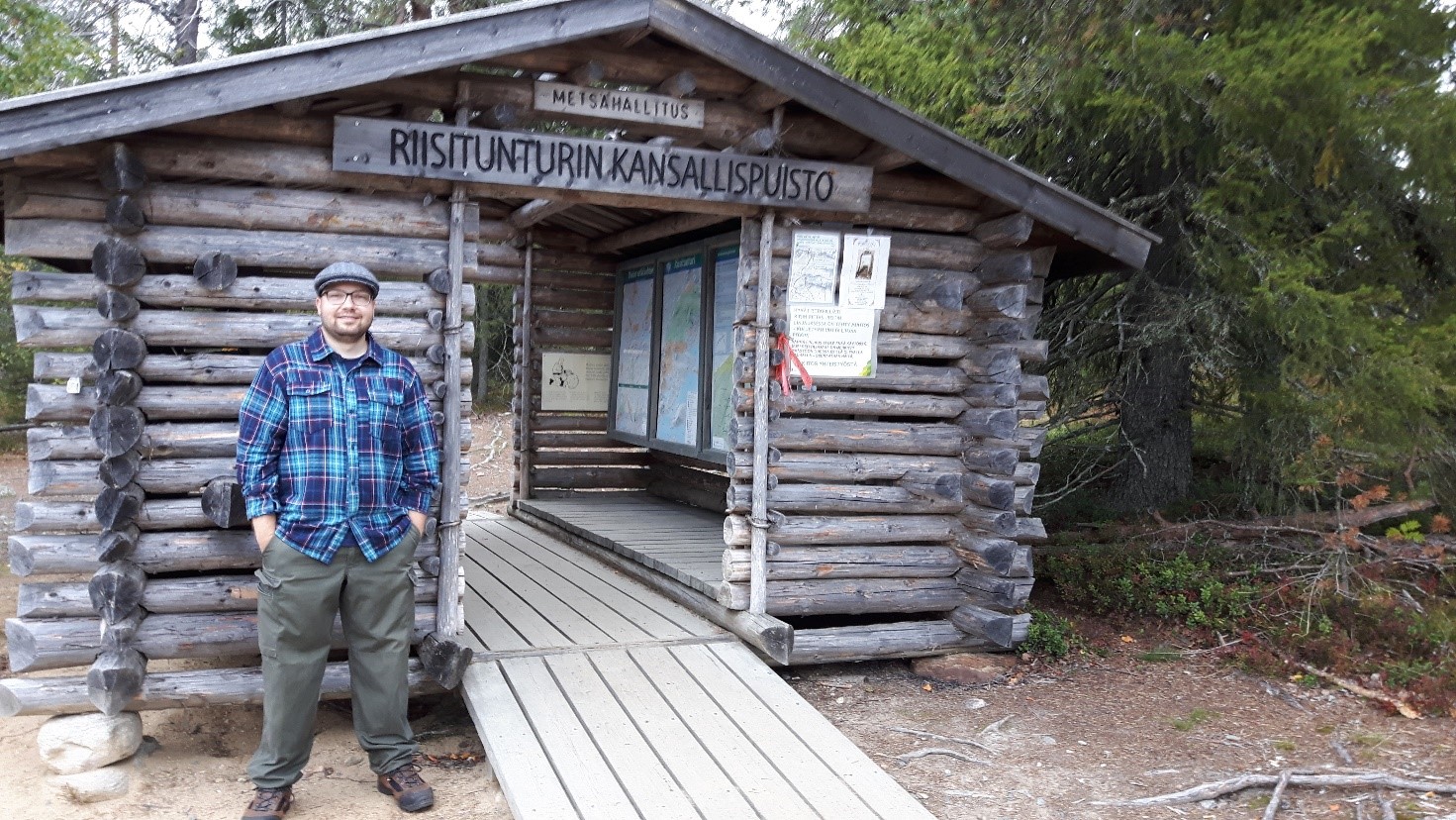 University of Eastern Finland offered a new field course at the Oulanka Research Station in Kuusamo this September in collaboration with University of Oulu. Timo, a new graduate student in our research group, took part in this week-long Northern Ecosystems in a Changing Climate – course.

The course aims to combine latest knowledge of the climate change to the special features of Northern ecosystems. The course was held at the Oulanka Research Station situated in the Oulanka National Park. Oulanka is a very special place as it is a hotspot of biodiversity in the region.

The research station provided excellent facilities for the course. Several lecturers from both universities gave interesting talks on different topics related to the focus of the course. Field portion of the course included a full day trip to Riisitunturi national park and several smaller outings to sites close to the research station. Both Oulanka and Riisitunturi national parks boast extremely beautiful scenery which cannot be fully appreciated through the camera-phone pictures Timo took during the course, although they do give a hint on what a visitor to these places can expect to see.

From the ecotoxicological point of view the course was very inspiring. Learning about the special features of our ecosystems gives so much for understanding how different types of pollution can affect the nature. It is also always nice to hear what experts of their own fields have to say about the state of the environment from their viewpoint. This kind of knowledge can complement ecotoxicological research greatly!

Altogether 28 students and 12 teachers & assistants challenged this topic among others in Greenland and Iceland in July, 2016. Arctic Summer School, concerning effects of climate change on arctic ecosystems and societies, was organized by ABS (Nordic Master’s Degree Programme in Atmosphere-Biosphere Studies), and I was lucky to participate on this course together with four other students from the University of Eastern Finland.

Our group consisted of students from five countries and 13 nationalities: all natural scientists from different fields, and all interested and motivated to learn more about climate change. The principal aim of this course was to enhance students’ understanding of research-society linkages and to increase their capabilities to communicate research findings to different stakeholders. The aim of this period was also to widen the perspective of students within natural science by presenting changes of the cryosphere in the Arctic, research on this topic and its effects on the local societies. In other words, the students in natural science were introduced also to social science methodology. Highly interesting and relevant, I would say!

The setup of the course was interesting: five days in Greenland and seven days in Iceland, long days and hard work. The students were divided into small groups with each one dealing with different data sets in Iceland and making interviews with different organizations in Nuuk, Greenland. The students conducted small projects interviewing local communities, working with data obtained from Arctic and sub-Arctic research stations, visit measurement sites, and learn specific research methodologies in both social and natural sciences. My group contributed to the social aspects by visiting the Inuit Circumpolar Council in Nuuk and revising data on carbon dioxide fluxes in Icelandic and Finnish forest ecosystems, on a comparative approach. Other institutions visited by the groups were the national oil company Nunaoil, Greenlandic labour Union (SIK), National museum of Greenland, Ministry of fisheries, hunting and agriculture, and local fishermen – all providing very different aspects and insights into the changing climate and its possible opportunities, threats and impacts in general. The results from the interviews were presented and discussed in a short seminar and many of the thoughts can be read in climate change teaching in Greenland blog (link available at the end of this post).

The change due to global warming in the Arctic is more profound than in other areas. The impacts can be both positive and negative, and they are already visible in many different ways throughout the nature, culture and society itself. For Greenlandic people, especially for the indigenous Inuit that live on hunting and fishing, the warming climate has set up new problems and challenges in their daily life. Fishermen also find difficulties in seal hunting because of thinning of the ice – whether it is too thin for going on a sledge or by foot, or still too thick to go by boat. Polar bears are facing the same problem and approach villages, therefore causing danger to the people living there. On the other hand, the warming climate will also give new possibilities pointed out by the locals. Fisheries benefit from climate change through growing fish stocks. Warming climate also makes it easier to introduce new forms of agriculture, new crops and new types of cattle into the Greenlandic landscape, although along with the melting ice and growing water flow from the glaciers, summer droughts have appeared making agriculture initiatives more difficult. Nevertheless, the change will lead to changes in living conditions: for example changes in wildlife will have direct consequences to hunting, and changes in sea ice cover will have effects on fisheries.

The most important factor in dealing with a greener Arctic for the society will be the adaptation to a changed environment. Greenlanders are used to dealing with the nature and its unpredictable change. Thus they see climate change as a natural variation of their environment, not only as a new threat, where they will adapt in any case and probably faster than in the other parts of the world.

As outcome of the course, the students prepared blog posts that can be read here:

More interesting links to the topic:

Text and pictures by: Kaisa Figueiredo