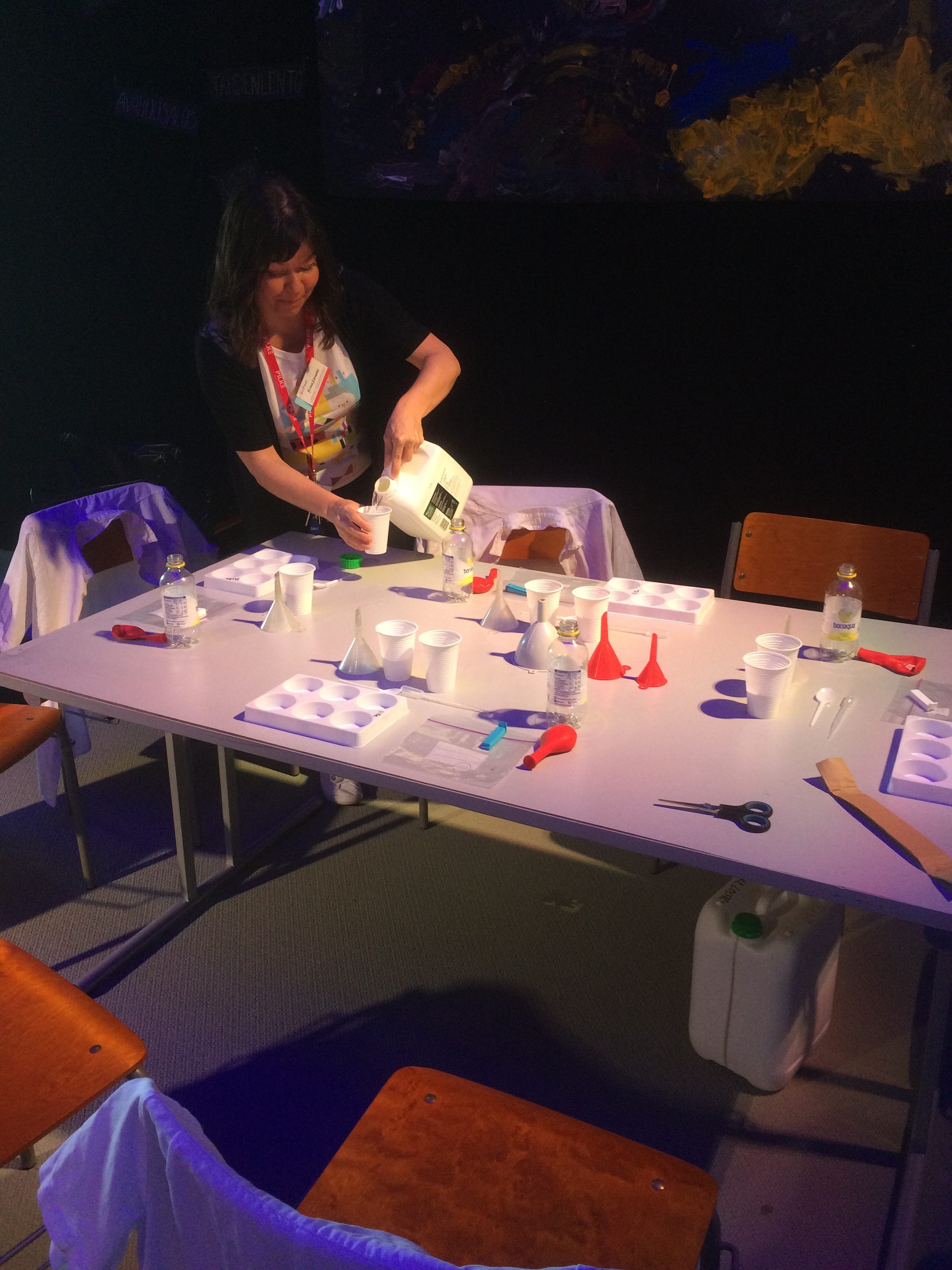 Joensuu has been hosting the annual international science festival SciFest® already since 2007, bringing together thousands of school kids, high school students, and teachers to discover new experiences and learn about science, technology and the environment. SciFest takes place every spring and is free and open to everyone.  This year was a very special year, since for the first time in the history of SciFest, also early childhood education, Pilke Päiväkodit, was represented as an organizer of a workshop.

In the neighborhood of Rantakylä, Joensuu, we have a science-oriented day care centre Pilke Loiste. The day care centre has been operating since August 2017, and has been an excellent addition to the educational diversity of Joensuu. The day care centre Pilke Loiste has initiated co-operation with the Science Park of Joensuu, KideScience and their superb teacher Niko Kyllönen, as well as Luma-keskus and some researchers at UEF. They even participated the Epic Challenge project earlier this year with great success and had a chance to meet astronaut Dr. Charles Camarda.

But what does this have to do with our Ecotox group, or this blog? Well, our post-doc researcher Kaisa obviously signed up her two children into Pilke Loiste already months before it was officially opened, and all this has been a huge success in terms of excellent early childhood education AND education in science. As a mother of two, and as a researcher, Kaisa has been in close co-operation with the day care centre since its early days, and SciFest did not really bring an exception to this either.

We started to the plan the workshop already months before the actual event. The idea was to combine science with arts in some way, as this was the specific theme of SciFest this year. We joined our forces with a music-oriented day care centre Pilke Hepokatti , located in the neighborhood of Noljakka, Joensuu. Since the target group of the workshop were children between 5-8 years, we wanted to bring some simple scientific experiments into the workshop.

The first experiment was to fill a balloon without blowing – using only vinegar and sodium bicarbonate, in order to make the children understand reactions between chemicals. Another experiment was about surface tension – how many water drops could a coin tolerate on its top before sinking from the water surface? Kaisa then came along with a third task to the workshop – creating a food chain/web together with the children, using special educational cards from WWF, meant for learning biological interactions between organisms. Additionally, on the first day of the festival the kids could also create their own music using iPads lead by the head of music-oriented day care centre Pilke Hepokatti.

To give a better example of the biological diversity of the Finnish lakes and rivers, Kaisa brought some live organisms (water fleas, Oligochaete worms and Chironomids in real water/sediment) from our culture room to present to the kids. Surprisingly, most of the children had no clue about what a water flea was, or that there exists life also at the bottom sediments of our lakes and rivers. This definitely was a nice opportunity to introduce our aquatic research of UEF EnvBio and Ecotox to visitors of the workshop. We held the workshop during two days, from 9-12 both days, and approximately 60 visitors participated the workshop each day, added with some international groups from Iran and Germany, that were very interested in our workshop and the educational concept of Pilke Loiste in general. The feedback about our workshop was very positive overall.

I have been permitted to report now, that the next year 2019 Pilke Loiste will take part in SciFest again as a workshop organizer, and Pilke Loiste has also been invited to join the strategy group of SciFest, to make the event even better in the coming years. This definitely was a huge success, and an excellent opportunity to bring science-oriented education some publicity.

Due to restrictions in rights of publishing photos of other children, mostly Kaisa’s own kids appear in this blog post (with the kind permission of their mother).